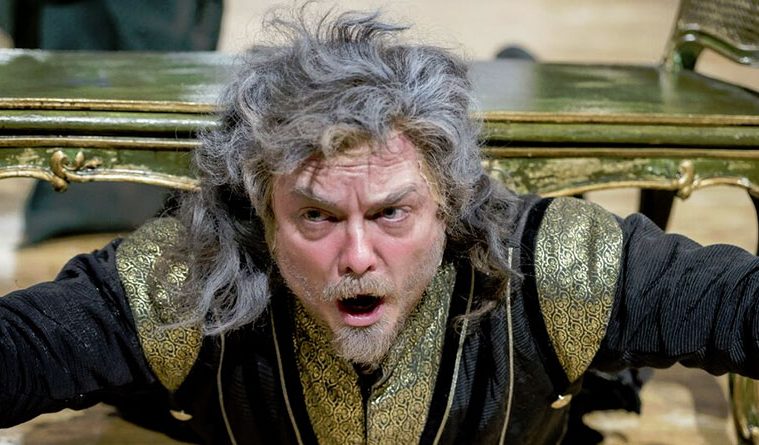 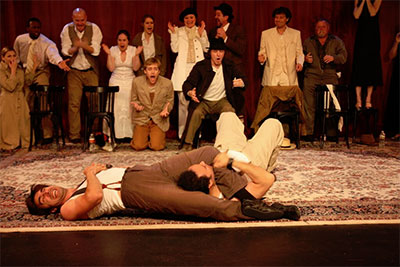 There is no commercial nonstop flight from any city in Texas to any city in the Czech Republic, including the country’s lovely and historic capital, Prague. Still, that fact hasn’t stopped a pair of theatrical visionaries and a host of Texas-based actors from finding their way across an ocean and most of a continent to enrich their skills and resumes performing with the Prague Shakespeare Company.

If it weren’t for Texas—not to mention Houston’s Guy Roberts and Jessica Boone—there wouldn’t even be a Prague Shakespeare Company.

“Theater can be incredibly demanding, and it’s not easy to create theater in the United States in your own language,” observes Roberts, a talented actor who first visited the Czech capital in 2007, when he was artistic director of the Austin Shakespeare Festival and got a grant to direct a Prague production of Macbeth. “Trying to create an English-language theater in the Czech Republic was perhaps the definition of insanity.”

Still, for Roberts and PSC co-artistic director Boone, this insanity was also love at first sight. Roberts remembers walking across the iconic Charles Bridge over the Vltava River in 2007, feeling the pull of the city’s long history and also the entrepreneurial excitement the place still exudes after the demise of communism (an event known as the Velvet Revolution) in 1989. He went back to Austin after his directing assignment, resigned from the festival and started working toward the Big Move.

Houston audiences can sample what the excitement in Prague has been about in the opening days of 2016, thanks to one of PSC’s ongoing series of partnerships with local theater groups. They are working with Main Street Theater to produce Shakespeare’s Twelfth Night along with Roberts and Boone. Twelfth Night will open Dec. 31 and run almost until the start of Venus in Fur on Jan. 14. Main Street artistic director Rebecca Greene Udden, who recently traveled to Prague to direct Twelfth Night for PSC,  couldn’t be more pleased. 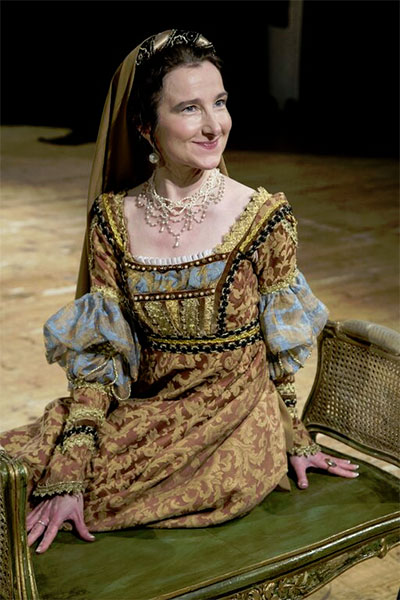 “Our audiences love Guy, and we as artists love working with him,” she says. “I certainly hope we’ll be able to keep working with him and his company. He really knows how to shape material into something terrific.”

For PSC, partnerships with companies like Main Street are more than indulgences in Lone Star homesickness. They offer the Prague-based organization a chance for much-needed revenue as well as a way to nurture a constant flow of talent between Texas and the Czech Republic. Early efforts to this end involved the small Classical Theatre Company, and included One Man Hamlet in 2009 and both As You Like It and King Lear in 2011. After forging the relationship with Main Street, collaborations have included Richard III in 2012, Henry V in 2013, and Roberts’ take-no-prisoners turn as the title character in Macbeth in 2014. A recent tour taking PSC to Budapest only underscores the importance of sending shows and actors on the road.

“I really believe in collaboration as a hallmark of the PSC brand,” offers Roberts. “We have collaborated with many companies and artists. It is important to me that our work is seen not just in the Czech Republic but all over the world, and that our actors have the experience of working with a diverse group of people. It’s all about relationships. We are very lucky to have found a like-minded theater in the United States that we have been able to partner with over so many seasons.”

Such partnerships with theater groups may be essential, but partnerships with actors and tech professionals have proven visible and gratifying as well. Some Texas actors make the trek to Prague for an individual show, while others have committed to a year or more, renting apartments and making efforts to learn the impenetrable Czech language. Those longer-term Prague “residents,” including of course Roberts and Boone, speak to their  immense love for the city – beyond the opportunity to work and make a living, they value the experience of something new and deeply enriching as well. 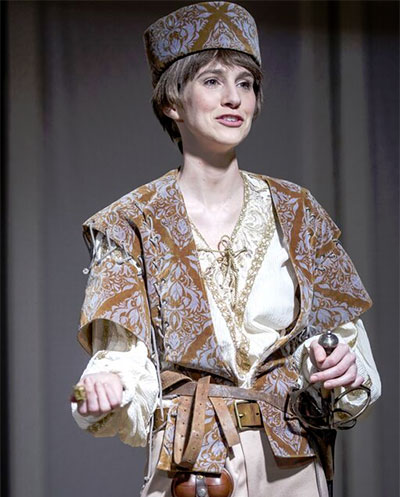 Popular actors making one or more trips for PSC include Rutherford Cravens, Bob Boudreaux, Philip Hayes, Celeste and Mark Roberts, Bree Welch, Shannon Emerick, Sean Patrick Judge and David Wald. Boudreaux has become so comfortable in Prague that he now carries a long-term Czech visa, while Welch spent 18 months not only acting in shows like Into the Woods and Mary Stuart but also serving as the company’s education and outreach director. On the tech side, few have made PSC more a part of their schedule than Debs Ramser, maker of visible magic onstage from her chosen place offstage. There are complexities to all this, naturally, so PSC employs a Prague company to handle visas and all other aspects of keeping things legal. The organization also keeps an apartment in the city, renting living areas to those actors who come over for extended periods.

Like all theater companies, the creation of PSC has been one long, drawn-out battle for financing, reflected also in the equally long, drawn-out battle to find something resembling a permanent home. For years, PSC productions were scheduled here and there around Prague, and managed to find audiences on the strength of their growing reputation.

Two essential partnerships have developed: with the National Theater (letting the company perform in the famed Estates Theater, giving one of the first English-language performances from the stage on which Mozart premiered Don Giovanni) and eventually with the Kolowrat-Krakowski family. That relationship led PSC into a long-term agreement to put on shows, and enjoy an actual home base, at the Divadlo Kolowrat.

Roberts, Boone and Co. have even taken over running the basement restaurant and bar that serves actors in both venues, complete with a video monitor so performers enjoying a quick beer can see when they’re needed for, say, a curtain call. Yes, the public is invited to eat and drink too. Not surprisingly with the strong Texas connection, the menu has evolved to include dramatically non-Czech foods like quesadillas and chili.

“We now operate the two riskiest businesses on the face of the earth,” Roberts laughs. “A theater company and a bar.”

On a more serious note, Boone sees the financial challenges as part of making theater in the first place. “The financing initially—and a lot more often than we would like—came from our own pocketbooks,” she recalls. “Slowly over time, more people saw our work and became interested in what we are doing. We currently receive no governmental support from the Czech Republic. All the support we have comes from ticket sales, classes and workshops, and donations from individuals and businesses here in the Czech Republic and abroad.”

Boone ponders a moment, thinking back, and then finally decides it’s been worth the worry and the effort. “Things don’t happen quickly in the Czech Republic, and it has taken us a long time to prove ourselves and build trust, but every year we are more successful artistically and organizationally.”

And every year over the past six, the Prague Shakespeare Company has packed up its people, its costumes and its props and carried them back to Texas, where the bizarre and now beloved saga began.