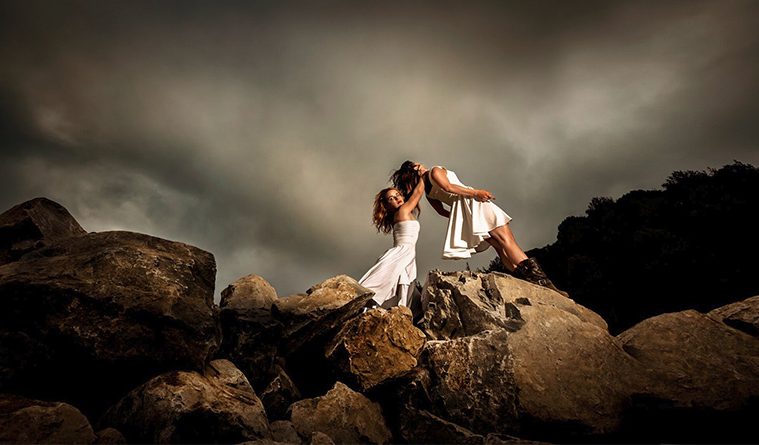 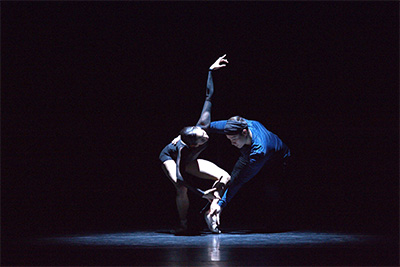 Every year at Easter time, Houston transforms into a hub of international dance, thanks to the entrepreneurial spirit and artistic vision of Nancy Henderek, founder of the Dance Salad Festival. This year Dance Salad moves to Zilkha Hall at Houston’s Hobby Center (March 29-31) because the Wortham remains out of commission due to Hurricane Harvey. The theater may be smaller, but Henderek assures us that the vision remains expansive. “The program is as broad as ever,” says Henderek.

With many choreographic gems in this year’s Dance Salad, some stand out as super-fresh, and two of them are American! The San Francisco-based ODC makes its first Salad appearance with a special curation of boulders and bones, choreographed by Brenda Way, founder and artistic director of ODC, and KT Nelson, co-artistic director. “To be able to do this in an international festival context is a truly exciting opportunity,” says Way. “It is, of course, an honor to be the sole American company in this setting.”

Inspired by the work of visual artist Andy Goldsworthy and set to a commissioned score by acclaimed cellist Zoë Keating, boulders and bones addresses permanency and human intervention in the landscape. “We were inspired to work with Andy because his works in nature disappear or disintegrate over time,” says Way. “Leaves blow away, sticks shake loose, dust dissipates. We thought the parallel between dance, which disappears as it is performed, and Andy’s new installation would be a provocative start point for a new choreography. Andy uses nature as his artistic foil. He schemes and plans his work but collaborates with the physics of the natural world to shape and affect it.” 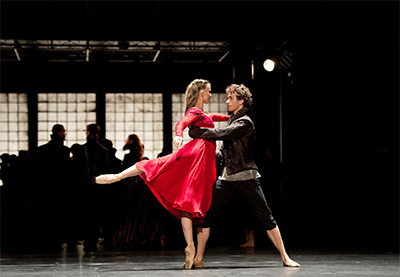 Former Houston Ballet dancer Garrett Smith may hark from Utah but he works in Norway. It will be a homecoming for Smith now a well-known choreographer and dancer at Norwegian National Ballet in Oslo. Smith got his start as a choreographer when he was still dancing in Houston Ballet II. He went on to participate the 2015 New York Choreographic Institute Fellowship at New York City Ballet, set works on Houston Ballet, Ballet West, and recently created a new work for the Bolshoi Ballet as part of winning the outstanding choreographer award at the Youth America Grand Prix Nationals. “Coming back to Houston for Dance Salad feels like completing a large circle,” says Smith. “I have been going to this festival since 2008, and every time I would receive so much inspiration for my own creativity. It was my dream to be a part of Dance Salad one day, and to dance with a European company.”

Of course, it was meaningful for Henderek to hear Smith talk about the impact of Dance Salad on his life. She adds, “I loved hearing that!”

Smith’s Imitations, set to music by Michael Gordon, questions the rules and expectations that surround the ballet field. “The focus on gender in ballet has been a huge factor on what decisions and choices have been made throughout the history of dance,” says Smith. “I also find it interesting that dance is an art form learned by imitating others and what we have seen created before us.”

Another highlight is a double take on Shakespeare’s epic love story with Mats Ek’s Julia & Romeo, performed by the Royal Swedish Ballet, set to selected works by Tchaikovsky, and Christian Spuck’s Romeo and Julia performed by Ballet Zurich, set to Prokofiev’s iconic score. Both are balcony scene pas de deux. “They are very different ballets,” insists Henderek, “which is why I can have them both in the same show.” 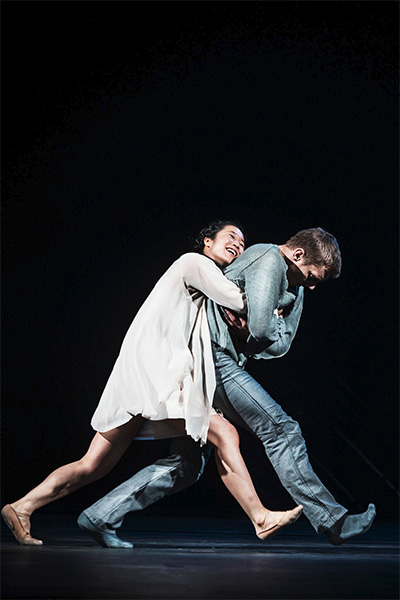 Henderek has a long relationship with Ek as many of his works have appeared on Dance Salad stage through the years. She was in the audience for the opening night of Ek’s Julia & Romeo. “It’s phenomenal,” reports Henderek. Ek even came to Houston in 2009 and performed his poignant piece, Memory, with Ana Laguna. Over the years Salad audiences have also seen Ek’s Apartment, the Pas from Sleeping Beauty, Pas de Dans, and Pointless Pastures.

Spuck enjoyed the Salad spotlight before with The Return of Ulysses in 2010 and his hilarious Le Grand Pas De Deux in 2012 and 2016. “Spuck’s Romeo and Julia follows the contemporary storyline, but is aimed at a younger generation,” adds Henderek.

Of course, there is a lot more; each selection is a highlight, which is why it’s on the program. Henderek visits choreographers’ studios, watches rehearsals and attends festivals worldwide to come up with each lineup. It’s an impressive one, with works by Mauro Astolfi of Spellbound Contemporary Ballet in Rome, David Dawson of Dresden Semperoper Ballett in Germany, Guillaume Cote, Principal Dancer of the National Ballet of Canada will be dancing with Friedemann Vogel, Principal Dancer of Stuttgart Ballet, Germany, French Choreographer Guillaume Hulot, and Stijn Celis from Sweden.

Henderek’s terrific eye for strong choreography puts Texas on the international dance map every year, as presenters, writers and other dance enthusiasts flock to the city for the festival. The vision is indeed big, but the theater is half the size of Wortham, so get your tickets early. Plan to see two shows to see all the work. Henderek is excited to see the program that she has selected on Zilkha’s intimate stage, adding, “It’s going to be a full-on Dance Salad.”