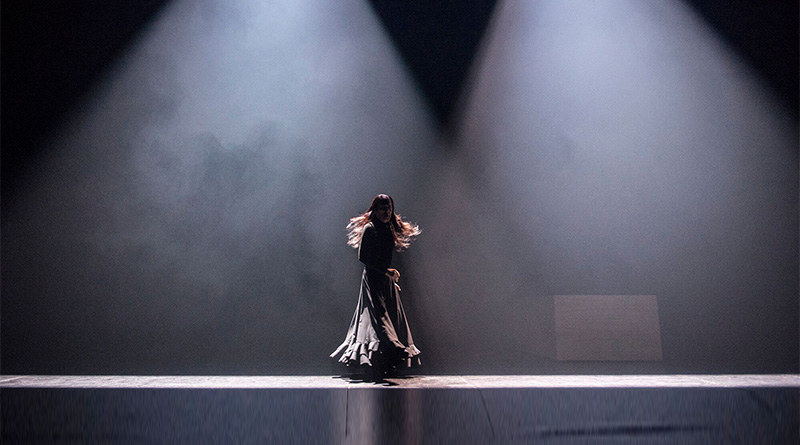 In 2014, the University of Houston Cynthia Woods Mitchell Center for the Arts blazed a trail into the world of festival programming. This spring, the Center presents its fourth iteration of CounterCurrent, a free festival incorporating performance, installation, and ideas. Contemplative and dynamic artworks will be popping up at various sites throughout Houston April 18-23, occupying physical and temporal spaces that provide festival attendees with room to move and time to think.

As an organization dedicated to interdisciplinary collaboration across the performing, visual, and literary arts, the Mitchell Center has always been especially focused on the artists themselves, explains director Karen Farber. “We are committed to working closely with artists over a period of time. CounterCurrent allows us to do that in a greater capacity but also helps to mutually identify a goal or end point for their projects.”

CounterCurrent enables festival attendees to connect with artists as well. This year, audiences can get inside the minds of artists through artist-led think tanks, witness the everyday life challenges of refugees, embrace the codes of the “mythical” urban landscape, and glimpse, even in a small way, the invisibility felt by people who are overlooked or forgotten by domineering cultures and trends. Artists know all too well that everybody has a story to tell, and CounterCurrent artists ask, “What’s yours?”

Four-time festival artist Suzanne Bocanegra returns to CounterCurrent17 to present Farmhouse/Whorehouse, the third performance in her trilogy of theatrical artist lectures delivered by Lili Taylor. Set in the town of La Grange, TX, a story unfolds that unites the lives of Bocanegra’s grandparents, their farm, and the fate of the famous brothel across the street called Chicken Ranch, better known as “The Best Little Whorehouse in Texas.”

Bocanegra, a renowned, accomplished artist living and working in New York, has recently been creating large-scale performance and installation works. Informally dubbed “live sculpture,” she incorporates images and materials from the past and activates them through performance. Festival fans may have experienced her festival piece Rerememberer in 2014, which included an orchestra of 50 amateur violinists, an accordionist, a DJ, and a weaver on an amplified loom.

These performative artist lectures, such as Farmhouse/Whorehouse, function as Bocanegra’s self-portraits or autobiographies which, to date, have featured artists (actresses) other than herself, such as Taylor. “What I love about Lili Taylor is that she is a much more convincing version of me than me,” she says in an online interview with the Mitchell Center. Bocanegra’s comment hints at the possibility that collaborative artistic interpretation is what makes one’s own story more believable, and perhaps more honest.

Mitchell Center program director Pia Agrawal says that, to curate CounterCurrent, she and Farber look for projects that represent Houston—artworks that feel like they need to take place in the city, specifically. This, she says, is “not just for the arts audiences,” she says, “but for people who may be less familiar with the arts scene but who connect to a project because it mirrors their own identities or experiences.”

Along that line of thinking, readers might be familiar with another festival inclusion that helps process the multiplicity of personal experiences and shared narratives—Ghana Think Tank. During last year’s festival, the artist collective asked, “What’s your Houston diversity problem?” The responses, many of which were linked to cultural and ethnic identity, were sent to Citizen Think Tanks throughout the world including a hacker collective based in Yogyakarta, Indonesia; medical students in Gaza; a group of Syrian refugees in Serbia; artists in Tehran, Iran, and others. Ghana Think Tank returns for CounterCurrent17 with the results they’ve gathered for solving the problems of the “first world,” solutions they will present to Houstonians in digital and physical form. Watch for them throughout the city and experience this unexpectedly reciprocal way of being in someone else’s shoes.

Another CounterCurrent artist collective interested in our relationships with the places we live is Dictaphone Group, comprised of “live artist” Tania El Khoury, architect/urbanist Abir Saksouk, and collaborating artist and producer Petra Serhal. Their two projects Camp Pause and Stories of Refuge employ sound and video to carry audiences along the paths of refugees. For Camp Pause, the artists filmed the everyday lives of four residents of the Rashidieh Refugee Camp on the coast of Lebanon. A CounterCurrent gallery setting houses the video on four walls, complete with headphones. For Stories of Refuge, Dictaphone asks viewers to lie in bunk beds as they watch films about the danger and despair of Syrian refugees who fled the war in Syria.

These are just a few of the festival projects through which artists and audiences connect by way of personal experience, through telling stories which, says Agrawal, “feels more needed than ever this year.”

Through CounterCurrent, the Mitchell Center aims to do exactly what the festival name implies: oppose the common flow. Several projects this year achieve that goal by deliberately drawing attention what gets lost, hidden, and overlooked including Miraculous Houston, a work by art critic Raphael Rubinstein and Heather Bause (University of Houston professor and MFA alumna, respectively). The two have collaborated to create posters, banners, projections, sound and other techniques to document 50 stories from Rubinstein’s book The Miraculous, recounting acts from the past 50 years of avant-garde and contemporary art.

And art lovers may already be familiar with Kevin Beasley’s gallery installations, fabric paintings, sound sculptures, and live performances. His exhibition lineup over the past few years has been non-stop and includes the 2014 Whitney Biennial, the Guggenheim in 2015, The Renaissance Society the following year, and his current Hammer Projects installation on view in Los Angeles. For Houston’s CounterCurrent17 Beasley presents Movement V: Ballroom at the Historic El Dorado Ballroom. Through this installation and performance, he continues “a series of experiments in materiality and sound, exploring the fading in and out of culture, and the erasure of predominately black cultural spaces.” People are encouraged to go see the installation in the days leading up to the performance which will take place in (almost) total darkness.

CounterCurrent is also a chance for the Mitchell Center to present work they have been doing on campus and out in the surrounding community in partnerships with local organizations. For example, Dictaphone Group and Ghana Think Tank projects are presented as part of the INTERSECTIONS initiative, “a program of the Mitchell Center which seeks to build bridges between visiting artists and Houston’s Muslim and non-Muslim residents, with a focus on University of Houston students.” And Beasley’s Movement V: Ballroom is part of Performing the Neighborhood, a five-year partnership between the Mitchell Center and Project Row Houses to commission and present major performance-based works by contemporary artists in the Third Ward neighborhood of Houston.

The Mitchell Center rounds out CounterCurrent17 with a few other projects and events including The Catastrophic Theatre’s contemporary rendition of Donald Barthelme’s Snow White; Illusions of Urbanscape, a performance lecture by Harry Gamboa Jr.; and Simulacrum, a dance performance created by the Norwegian company winter guests, directed by Alan Lucien Øyen. Returning again this year to CounterCurrent is festival favorite Ten Tiny Dances, and new this year is a selection of inspiring short films chosen by festival artists and co-presented with Aurora Picture Show.

For readers who may want a bit more face-to-face time with the artists, the festival schedule includes daytime talks, called Current Conversations. “We are working with Houston-based artist Carrie Schneider to create panels featuring festival artists in conversation with University of Houston faculty or community members working across shared themes,” says Agrawal. “The talks are intimate and allow audiences to gain a new perspective on the artists and their work.” She adds that these talks have encouraged her to ask questions of the artists she didn’t even realize she had.

Whether they are accounts of love, success, fear, history or other topics, the stories of our personal experiences are what connect us as humans across lifetimes and time zones. And Farber explains that this is what draws the Mitchell Center to the festival format— enabling people to come together for a common experience. “However, CounterCurrent is unlike other festivals because it asks how artists are responding to today’s world, and specifically today’s Houston,” she says. “CounterCurrent artists are solving problems, exploring communities, and building bridges where none existed.”