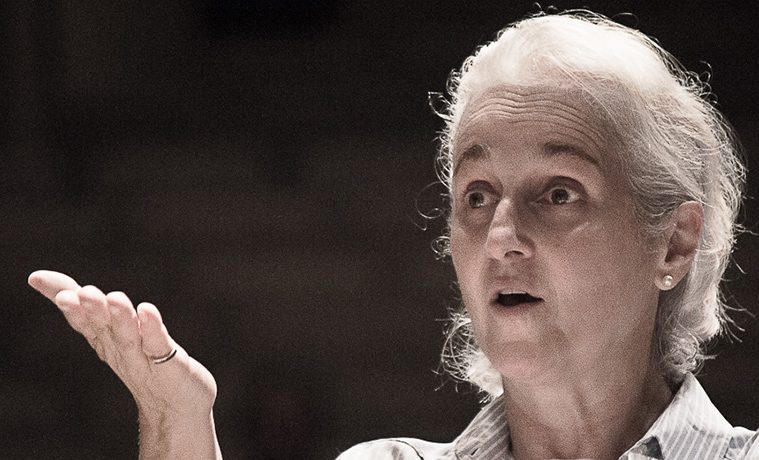 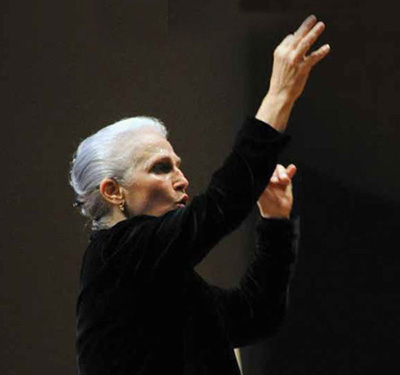 Houston Chamber Choir presents Todos Unidos – Todos Cantamos: Music of The Americas with María Guinand as the guest conductor for two shows in Texas, on Feb. 8 at South Main Baptist Church in Houston, and Feb. 9 at St. Thomas Episcopal Church in College Station. The renowned Venezuelan conductor will lead the Houston Chamber Choir and Latin percussionists in a program featuring sacred and secular music of Central and South America. Guinand took the time between travels to visit with A + C Editor in Chief Nancy Wozny about the upcoming Houston Chamber Choir shows.

Arts + Culture TX: How did you come to conduct the Houston Chamber Choir? Have they been on your radar?

María Guinand: I have heard wonderful reviews on the Houston Chamber Choir. A colleague of mine introduced me to the artistic director, Robert Simpson, and we agreed on this concert.

A + C:  You have a long association with Venezuela’s El Sistema, the nationwide music program for youth that produced the LA Philharmonic’s conducting sensation Gustavo Dudamel. ¡Viva la musica! Can you give us a short explanation of what makes this program stand out on the world musical stage?

MG: I think El Sistema’s philosophy is what makes it unique. Music is for “all” and music is a “tool of social change, inclusion and integration”. But also, we must keep in mind that music as an art seeks “excellence” and this cannot be compromised. Based on this philosophy, El Sistema has reached  many children and young people for whom music was not an option, because they did not have the way to get to the conservatories or music schools. At the same time, El Sistema incorporates the family of their members, so that they also become part of this process of change. But El Sistema has produced excellent musicians as well.

A + C: If you had to describe the character of Latin American choral music, how would you say that its different than European or American traditions?

MG: Latin America is part of the Western world and we have inherited many elements of the European choral tradition, such as the use of counterpoint, diverse harmonic languages and melody writing. However, their own tradition from Latin America has found a way into the making of a choral repertoire that is especially rich in the variety of rhythms and textures, in the use of poems, rituals and popular celebrations as thematic elements and also incorporating percussion and stringed instruments as accompaniment of the music.

A + C: Let’s talk about the program.  In the sacred and ritual section, you have selected works from Brazil, Venezuela and Argentina. What should we be listening for?

MG: Choral music is related to religion and rituals. I wanted to show the very different approaches to this particular genre of music. Some composers use the Latin language and contemporary compositional techniques, whereas other use rituals that come from African religions and that need to be expressed in more indigenous languages.

A + C: In the madrigals and choral songs you have selected, we see the influence of the French Chanson and Italian madrigal. Can you give us some more insight into these songs?

MG: In this section, I want to show the variety and beauty of Hispanic American poetry and the different musical languages that composers used to set this music. But, also how the popular styles have become part of very interesting nationalistic languages.

A + C: How did you select the popular music? Will any of these works be familiar to us?

MG: I selected popular music from different regions of LA. From the Atlantic Coast, from the Pacific Coast, from the plains and the cities. All of them have very interesting rhythms and melodies and I hope that they will become familiar to you all.

A + C: What is your guiding principle when putting together a repertoire for a choir that is new to you?

MG: This depends of course on the nature of the choir, whether it is mixed, female, male or children, bus also, on the expertise of the singers and the possibilities of learning a repertoire. In this particular case, I am sure that the Houston Chamber Choir will perform very well a repertoire that is varied, colorful and also difficult and virtuoso.