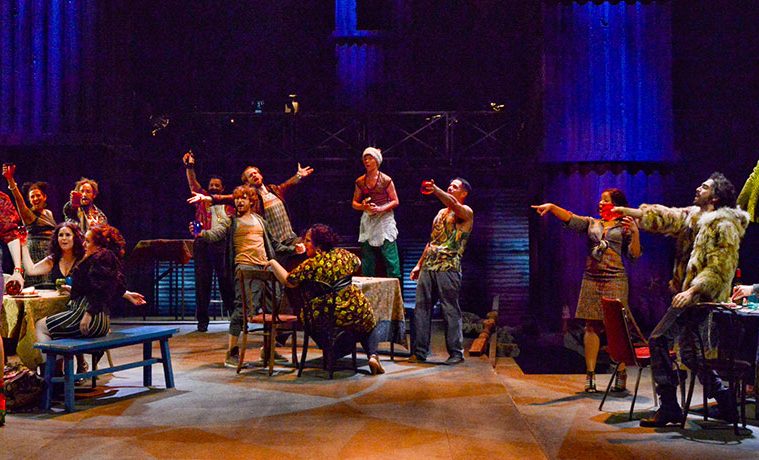 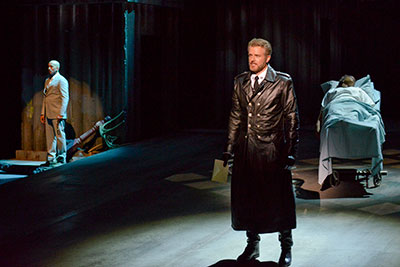 The version of Les Miserables currently on stage at the Dallas Theater Center (DTC) is not your mother’s Les Miserables. The world-famous musical, which will run through August 17, has been drastically modernized with mixed results.

Liesl Tommy, the director of the much anticipated re-do, insists she’s never seen a staged production of the musical, making her the ideal candidate to bring the dramatic tale of pre-revolution France into the 21st century. Tommy’s militaristic approach to the story’s update and innovative approach to staging have certainly succeeded in generating buzz.

Much is the same in this Les Miserables. Characters, roles, even much of the phrasing and intonation will ring true to cast albums and previous experience.

But certain elements of the show were begging for an update, in particular, audience members should appreciate Tommy’s elimination of the rotating stage, a brilliant staging invention for the show’s initial 1980 productions, but a tired theatrical ruse after thirty some odd years of almost constant productions.

A stationary thrust stage allows Tommy to update the crowd and barricade scenes with innovative choreography (thanks to Christopher Windom) and more powerfully tap into a crowd mentality  relevant to the 21st century audience.

What is different in this  Les Miserables is more a product of Tommy’s casting and modernized costuming. 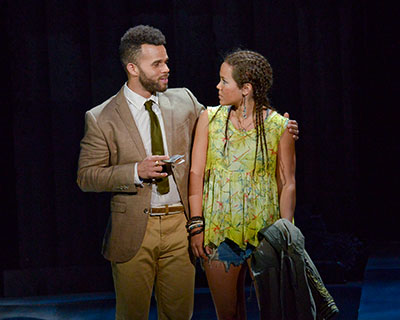 Instead of pre-revolution France, we’re ostensibly in 21st century France thanks to the lyrics, which remain the same, but protest signage the barricade men and women hoist asking for “clean water for all” and “fair wages” seems to reference the American “Occupy Wall Street” movement, and Enroljas (John Campione) and company plotting their “revolution” on laptops at a bar will make audiences think of the recent Egyptian revolution and Arab Spring, revolutions in which young people, just as in the French Revolution of Victor Hugo’s book, took center stage.

This Les Miserables, as perhaps was always the intent, is every country’s revolution.

Policemen in 21st century SWAT gear and students in modern garb serve as additional clues to the story’s updated setting.

The cast too, looks different than the homogenous tours that have previously passed through Dallas. Nehal Joshi powerfully brings a more youthful Jean Valjean to life and with the help of Allison Blackwell’s Fantine, Dorcas Leung’s Cosette and Justin Keyes’ Marius, brings a diversity to the cast of Les Miserables, which is rare but refreshing. As critical as many have been of Dallas Theater Center’s ‘color blind casting’ policy in the past, and as much criticism as this production will undoubtedly receive from audience members, diversity was vital to Tommy’s modernization, and, at least in the opinion of this writer, what could have been a distraction almost goes unnoticed, allowing the music and the cast’s beautiful voices outshine appearance. 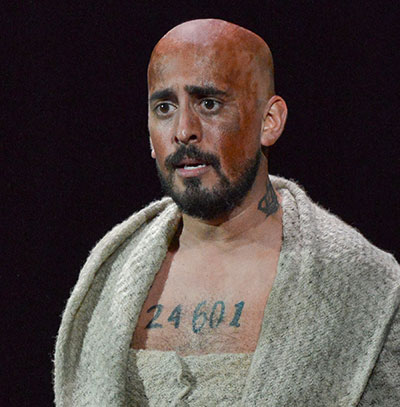 As much as the show succeeds however, critical audience members will question the seemingly convenient recontextualisations Tommy orchestrates. Hassan El-Amin’s Bishop in opening scenes looks more like a 17th Franciscan monk than an appropriate modern update, which shortchanges both his individual role and the role of religion in Valjean’s life and decisions.

That oversight also colors Edward Watts’ Javert. Watts plays the role beautifully, but without faith as a central player in his own, and the overall story, his character seems more of a revenge-seeking maniac than a religiously motivated, albeit confused, counter to Valjean. Instead of wrestling with faith, he seems to be wrestling only with himself, making what should be one of the most fascinating characters in the musical into an insubstantial foil to Valjean’s heroism.

Tommy deserves all of the credit she has received for making the timeless story relevant to a modern audience, but the impact of certain aspects of the story suffer as a result of an update which at time seems half-hearted and at other solely motivated by politics.

That being said. The cast’s extraordinary talent and an innovative approach to staging thanks to Tommy and set designer John Coyne’s stark, war-torn (and notably revolving “stage-less”) set, may keep Victor Hugo’s powerful story and Alain Boubil and Claude-Michel Schonberg’s  equally powerful adaptation, relevant to future audiences, elevating what could have been relegated to the realm of old-fashioned story, into a timeless tale of struggle and redemption.