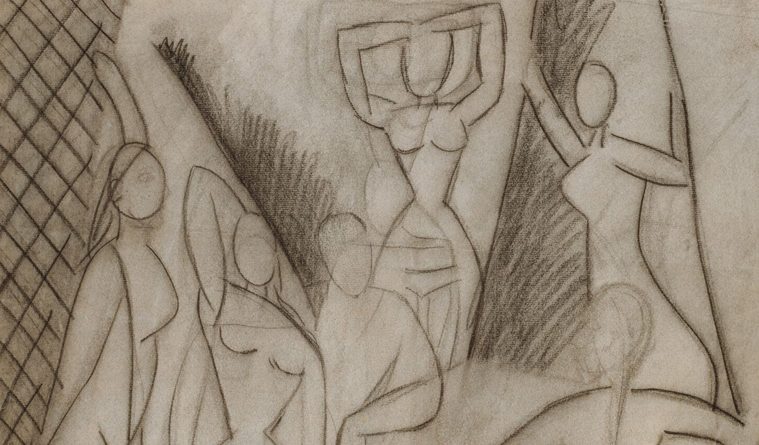 Lifelong Linearity: Picasso at the Menil 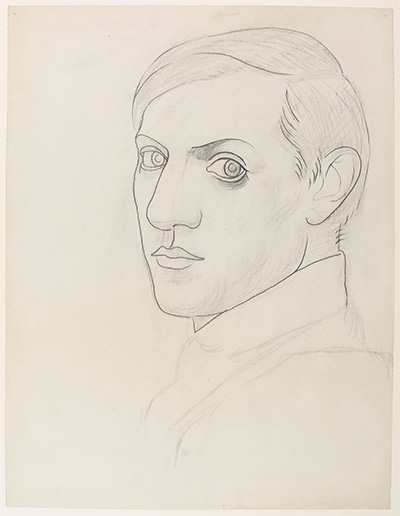 The ghost of 19th-century French Neoclassical artist Jean-Auguste-Dominique Ingres casts a long shadow over the Museum District these days, with both his greatest heirs basking in surveys curated by world-renowned experts. One, Degas: A New Vision at the Museum of Fine Arts, Houston, is sprawling and comprehensive; the other, Picasso The Line at the Menil Collection, spans every period of the Spanish artist’s long career but focuses on “Linear Picasso” as played out in about 100 works on paper—mostly drawings.

On view through Jan. 8, the Menil exhibition comes just a few years after the MFAH hosted the Guggenheim Museum’s Picasso Black and White—the curator’s acknowledgements in the catalog say it was Gary Tinterow’s “first commitment” as MFAH director—and seems to have been triggered by that occasion. Guest curator Carmen Giménez not only curated both exhibitions but was invited by former Menil Collection director Josef Helfenstein to organize Picasso The Line as they chatted after the MFAH’s Picasso Black and White opening.

As such, the Menil show is both a follow-up to the monochrome survey—which spanned media and “brought the importance of form, and especially of line, to the foreground,” as Giménez writes— and a distillation of its most elemental threads. How much this excites you may depend on whether you felt a black-and-white Picasso survey wasn’t already stripped down enough—and on how much, in the end, there is to be learned from slicing and dicing his seemingly infinite production yet another way.

Didn’t we already know that, as Giménez writes, “the linear in its various interpretations remained a constant across all Picasso’s periods, styles, and experiments until the end of his life”? Might not any number of selections from such a prolific artist’s vast trove of works on paper—he never stopped drawing compulsively between the ages of 12 and 91—have demonstrated his “linearity”? 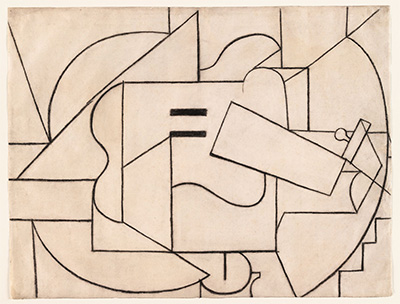 The theme excludes too much by detaching Picasso’s line from his innovations in paint and sculpture, yet remains too broad for the kind of deep dive the Kimbell Art Museum has taken—tellingly, with far fewer works drawn from a mere decade—in Monet: The Early Years, which manages to make another seemingly overexposed artist look incredibly fresh. (The Monet catalog is also a heavier scholarly lift than the equally beautiful Picasso book; the former has more essays and contributors, plus a chronology and individual entries for each painting.)

None of this is to say that Picasso The Line isn’t a beautiful show, with beautiful works beautifully installed in Renzo Piano’s beautiful spaces. I’ve gone three times and will probably go again. The best defense of this exhibition’s stripped-down look and feel is how nicely it pairs with the quietude so many of us go to the Menil to find. There’s little of the violence and agitation that ran through Picasso Black and White. This is a quieter, more contemplative Picasso, as well as a downsized one; the largest work is about 26-by-20 inches. Broadly speaking, Picasso The Line delivers everything you expect from a Menil exhibition except, perhaps, enough of the unexpected. 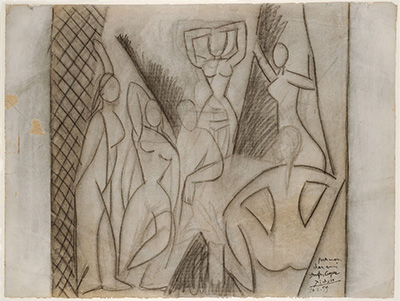 Still, the exceptions are more than enough to justify a visit. The most powerful wall, off which a riveting 1918 self-portrait seems to float, flanked by equally beguiling 1920 portraits of his first wife, Olga Khokhlova, and of composer Igor Stravinsky, shows Picasso at his Ingres-iest and will stop you in your tracks every time. Self-Portrait, in particular, is a contradictory miracle of sensuality and terseness, of ferocity and vulnerability, of tension and openness, of anxiety and ease. All that from precious few charcoal strokes laid down across areas of graphite and bare paper. Face to face with this Picasso, the above reservations have a way of receding into the ether.