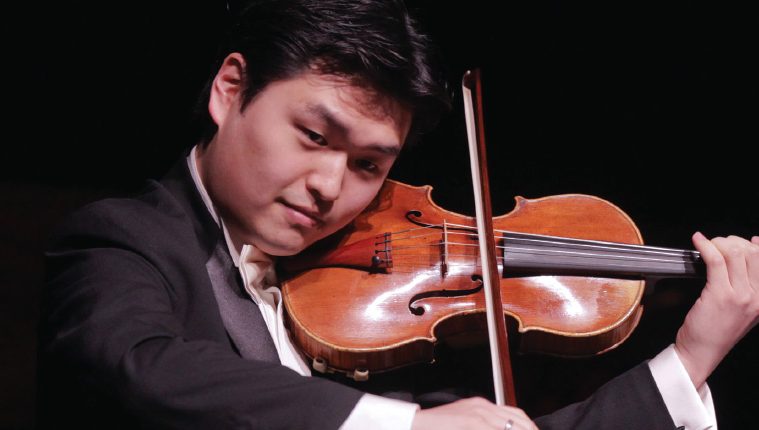 IT WAS THE FIRST NIGHT OF THE final round of the month-long 2010 Chopin International Piano Competition in Warsaw, Poland and pianist Daniil Trifonov was about to perform. Tickets were scarce, tensions ran high and I was lucky to get a seat. It was the stuff of legend.

After a stunning performance, Trifonov went home with a Bronze Medal. Not to be defeated, the young Russian pianist would go on to win the top award at the Rubinstein International Piano Master Competition in Tel Aviv. In Moscow, he not only won gold at the Tchaikovsky Competition, but the Grand Prix for best overall competitor. Since amassing his arsenal of medals he has been invited to play in many of the great concert halls of world and with many of the great orchestras.

“Competitions are great practice for a performance career,” says Trifonov. “You learn how to concentrate in a very stressful situation and how to keep a lot of repertoire in your fingers for an extended period of time, but they are just preparation for a career.”

Here in Houston, with the recent completion of Houston Grand Opera’s (HGO) annual Eleanor McCollum Competition for Young Singers, this month’s Young Texas Artist Competition (YTA) and the recent presentation by Society for the Performing Arts of multi-prize winning pianist Trifonov, it’s classical music competition season in the Lone Star State, and an ideal opportunity to take a look at what contests provide for musicians and audiences alike.

Having taken home prizes in some of the most prestigious vocal competitions in existence, former HGO Studio Artist baritone Joshua Hopkins is a veteran competitor who has also had a remarkable momentum to his career. Hopkins was a prize-winner at the prestigious ARD Musikwettbewerb in 2006, at the 2005 Plácido Domingo Operalia Competition held in Madrid, and, in 2002, José Carreras presented him with the first place prize in the Julián Gayarre International Singing Competition. In addition to those awards and several others, Hopkins also won the Grand Prize at YTA.

For Hopkins, it’s not just the notoriety and prize money that make a difference while competing, it has everything to do with exposure one receives as well. “When I was competing up in Conroe, one of the jurors was Richard Gaddis who, at the time, was the general director of the Santa Fe Opera. After hearing my performances at YTA, he invited me to New York for an audition, and immediately offered me the opportunity to sing the role of Papageno in Mozart’s “The Magic Flute” the following season,” reports Hopkins. “This was one of my first major exposures outside of my experience with the HGO Studio.” At 22, soprano Andrea Carroll is already a veteran competitor as well.

In addition to winning a 2011 Sullivan Foundation award and taking Second Prize in the Metropolitan Opera National Council Auditions in the New England Region, Carroll recently won the first prize and the Audience Choice Award in HGO’s Eleanor McCollum Competition. “I love competitions and auditions,” says Carroll. “They get your name out there and get people talking about you. Every time I do it, it gets easier.”

Competitions also provide financial support to cover some of the many expenses incurred by young musicians. In the case of Carroll, she was awarded over $10,000 for her recent wins in Houston, and while it’s not the case for every winner of the McCollum Competition, Carroll was offered a slot in the HGO Studio.

The final round of the Eleanor McCollum Competition is presented as the annual “Concert of Arias,” which is a highlight of not only the Houston’s opera season, but of the city’s social season as well. In Conroe, YTA is the single most anticipated event on the calendar of the Montgomery County Performing Arts Society. (Full-Disclosure: I was once a competitor myself, and have been the Master of Ceremonies of the final round concert for the last five years.) “The idea is that this is not only for the benefit of every competitor in the competition, but we want to inspire excellence in the audience as well,” says event chairperson Susie Pokorski. “This is a gift to our community and, as the official music competition of the State of Texas, a gift to our state as well.”

Competitions aren’t always as friendly as they are in Conroe. During the 1980 Chopin Competition, there was the memorable case of pianist Ivo Pogorelich where superstar judge Martha Argerich staged a walk-out saying she was “ashamed” that the jury she had been a member of had not advanced Pogorelich further, or the recent Tchaikovsky Competition that was plagued with accusations of racism and favoritism. Competitions are not all career makers either. During the 1955 Chopin Competition, Vladimir Ashkenazy was beat out for a gold medal by a now unknown musician. These events can also costly in terms of money and time.

Despite these dramatic events that call into question the usefulness of competitions, competitions are nevertheless here to stay. Trifonov sums it up, “It’s the opinion of the audience and jurors that matter to me the most. Competitions are a matter of luck anyway.”

— CHRIS JOHNSON
Chris Johnson is a radio host and producer, a violinist and a 2008 fellow of the NEA Institute for Arts Journalism in Classical Music and Opera.