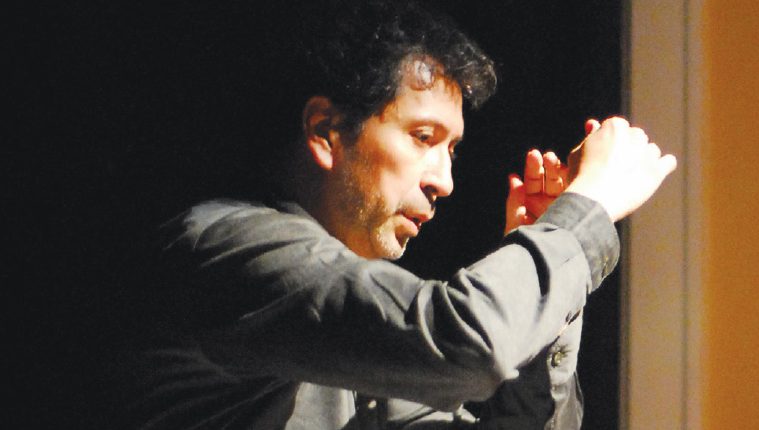 Overtures: Opera in the Heights Opens a New Act

WHEN THE CURTAIN ROSE ON “La Fille du Regiment” last fall, doctor there was a nearly palpable gasp of pleasure — not simply for Donizetti’s rippling score and the beloved map-cap opera. No, look there was an excitement through Lambert Hall that said, illness something new starts now. And nowhere was that excitement more apparent than at the podium just below stage right, where Enrique Carreón-Robledo, Opera in the Heights’ new artistic director was at the baton, his passion openly on display, both for opera and for the organization he’s heading.

“I see Opera in the Heights as a essential link between the academic institutions and the world-class companies,” he says, his sense of optimist about Oh’s future evident. Carreón-Robledo is a key part of that future, as is newly named executive director Lawrence J. Fried. Together, the pair are forging a path to help the small, professional company in Houston’s Heights neighborhood embrace higher artistic standards and increase appreciation for opera, and for the productions on Oh’s own stage.

Four full-time staff members and numerous part-timers, plus an army of dedicated volunteers help Oh in its mis- Overtures: Opera in the Heights Opens a New Act sion to bring affordable opera to Houston audiences.

“Everything we do comes from the music,” says Fried. “And we look to provide high quality performances at affordable prices in a beautiful setting.”

Fried and Carreón-Robledo are in synch about those artistic and fiscal goals.

“From the very beginning when I accepted this appointment, I knew that I wanted us to be able to maximize our resources today to achieve the highest results those resources would allow.” To that end, Carreón-Robledo has been scouting talent around the country, and intends to build strong relationships with both the University of Houston Moores School of Music and Houston’s Grand Opera’s Houston Grand Opera Studio program for young artist development. He’s eagerly anticipated the debut of three young singers, all UH grads, in Oh’s second production this season, Mozart’s “Cosi fan Tutti.”

“This is their professional debut as singers,” he says. “And offering that kind of opportunity for artists is something we’re uniquely poised to do. Not only that, allowing young singers a place to grow in their craft is part of our mission.

Mentoring is important to Carreón- Robledo, who grew up in Mexico City and found his way into music quite accidentally. Every day on the way to school, he’d pass by a house where he heard music from within. He discovered that inside, a man was teaching children to play the mandolin. The man had no formal training, but he had a love for the instrument and for music. Carreón-Robledo convinced his parents to buy him a mandolin and he took lessons with the man, eventually going on to teach himself how to read music and write his own compositions. Throughout his musical career, he says he’s been fortunate to have a number of mentors along the way, to help him learn about his craft and the business of music. He’s grateful to be in a place to pass that gift along.

Both Carreón-Robledo and Fried know that music is important, not just for their company, but also for the life of the community. Oh’s outreach efforts bring opera to schoolchildren, allowing them to see performances of dress rehearsals, which exposes them to the art of opera.

“These are wonderful programs, funded by both the Boeing Charitable Trust and the George Geary Initiative, and it’s a thrill to see these young people react to opera,” says Friend. “Many of them are seeing it for the first time.”

“Human nature has an innate sensitivity for the arts,” Carreón-Robledo. “All you have to do is trigger it.” The pair is united in that effort, and they feel Opera in the Heights is a perfect venue for showcasing the spectacle that is opera. While they acknowledge that the art form has a reputation for being elitist, they’re committed to showing Houston that opera is really about the stories of love and life told through music.

“We live in a visual world,” says Fried. “And opera is so visual — the lights, the costumes, the whole thing. I know anyone who comes once will be affected by it.” Carreón-Robledo thinks so, too. And he says he’s starting off his tenure being very hands on in terms of productions, because he wants to set the direction for the company. This season’s sets have not only demonstrated that Carreón-Robledo wants his designers to kick things up a notch, they’ve shown audiences that Oh fully intends to improve its already high standards.

Going forward, Carreón-Robledo says he’s looking to build upon the strong openings he’s had this season, offering audiences still more talented singers and more engaging production design. Fried is behind him in his efforts.

“The future is very bright for us,” he says. “And I see it as my responsibility to find ways to help Enrique reach his dreams for us.”

As they look to what’s in store for Oh’s next act, both men are united in their love of opera and their passion for their company. They express gratitude for their board of directors and for the audiences who’ve helped them achieve a nearly 90 percent sell-out rate for performances. And both of them are excited about seeing Oh grow.

“I’ve had an international career,” says Carreón-Robledo, who’s worked in London, Mexico and Asia. “And being here in Houston not only allows me to find an artistic home where I can grow in my own craft, it lets me tap into my professional networks to help raise the level of artistry that we can do.”

“We offer a welcoming place from everyone who’s an opera aficionado, to people who are coming to see this art form for the first time,” says Fried. “We make our music accessible to everyone, and we wouldn’t have it any other way.”

—HOLLY BERETTO
Holly Beretto writes about food, travel and the arts for local and regional magazines. You’ll see her at the opera.