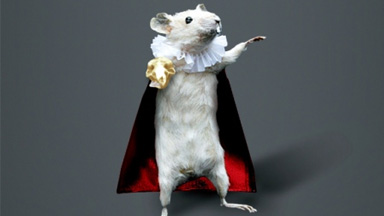 A few days after receiving my review copy of the revered blogger, Jenny Lawson’s new book, Let’s Pretend This Never Happened, Amazon recommended it to me. Initially, it freaked me out, but after a few minutes, I became more philosophical about the recommendation. It was a sign from the universe. Based on what they had observed about me, Amazon thought I would enjoy this “mostly true” memoir. And as usual with Madam Amazon, she was mostly right.

This book, organized around the hijinks of Lawson’s life, made me laugh out loud at least four times, maybe five. I believe my previous record was two, which was set in my late childhood. As a Texan who complains out of both sides of her mouth, this memoir touches all the right spots. Lawson writes “…[I]n rural Texas pretty much everyone has a gun cabinet. Unless they’re gay. Then they have gun armoires.”

I read this book hungrily to the end. It has a sordid lightness that is, if not delicious, highly edible. Lawson’s relentless pursuit of the reader’s collusion is endearing. Her stark honesty about her struggles with anxiety, anorexia, arthritis and other ailments, not all beginning with the letter A, build solid intimacy with her reader.

As of this moment, Lawson is sitting pretty in her fourth week on the New York Times Bestseller List. However, what we hope that memoirists have on their side, that most bloggers don’t, besides time, is an editor. Strong editors make writers look like a million bucks. Jenny Lawson did not have a strong editor. This only occurred to me over the course of reading her many asides addressed to and directives issued by the editor.

Lawson employs the editor as her fictional foil when her usual straight man, her long-suffering, eye-rolling husband, is not a part of the story at hand. But all of these notes to the editor only made me wonder, where the hell was the editor? This book had the great challenge to maintain what people rightfully love about Lawson’s blog: the honesty, the silliness, the cursing, and the panic attacks. It must have been quite a feat to preserve the sharp irreverence aimed in every direction, including back at herself, that gives the reader the sense that she’s right there with you…on the other side of the screen with all her fancily dressed taxidermy.

But, Let’s Pretend This Never Happened had real flickers of literary intuition in this mostly true memoir (starting with the soap-washing raccoon) that could have been exploited to make this go beyond a paper representation of the Bloggess’s blog, and move us into a more powerful version of the cross-genre.

In the end, Lawson confesses that all these crazy and terrible experiences (accidentally running face-first into a deer carcass, laxative overdose, and dog attack) made her realize that what she believed was tragic about her life is exhilarating and helped her become who she is today. Wow. That’s very profound…is what I would have said to her if I were her editor, right before I cut that paragraph.

In the mean time, Lawson has millions of hard-earned fans who will stick with her. I think I may be one of them. I can’t tell.