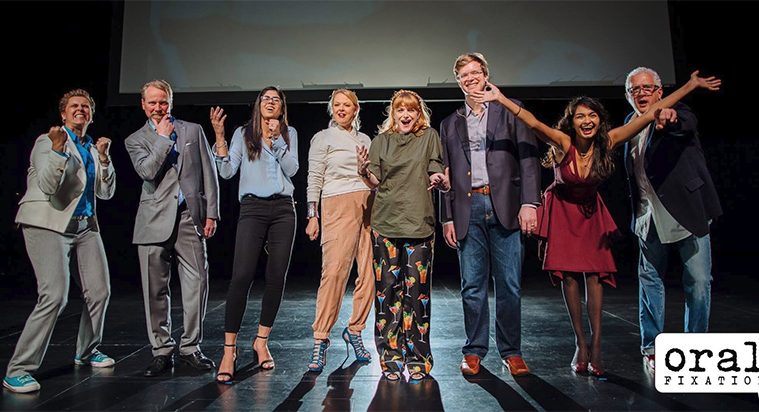 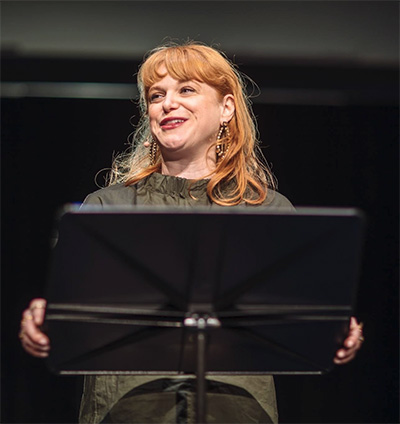 Oral Fixation calls Dallas home, but has started taking their storytelling show on the road in recent years. Next up is “Stick Together” on Feb. 14 at Moody Performance Hall. Then they are bringing their show “Out From Under the Rug” to Houston on April 19-20 at The Match. A + C writer and Grown-up Storytime co-founder Emily Hynds visited with creator Nicole Stewart about Oral Fixation’s expanding scope.

A+C last talked to you in 2014, what kind of change has Oral Fixation seen in the last three years?

It’s been wild! We have gotten to know a lot of venues in Dallas. In 2014, we were doing one performance in the Wyly Studio Theatre in the Arts District then a second at the Texas Theatre in Oak Cliff. Once I got pregnant, producing two nights at two different venues wasn’t worth the extra work, so when we got the option in Season 5 for our current residency at Moody Performance Hall, we went for it.

We also stepped outside Dallas and outside the season framework to narrow our focus on one social justice issue. In this case, it’s abortion. I shared my second-trimester abortion story in “Bun In The Oven” in October 2013. This show featuring men and women sharing their stories around abortion entitled “Out From Under The Rug” took us to Austin, Montreal and this year we go to Bogota and Houston. We want to enable more folks to experience Oral Fixation, so I’m happy to announce that starting with “Stick Together” on Feb. 14th, we’ll be live streaming each show on Facebook!

In the videos I watched, Oral Fixation storytellers have their story printed out and refer to it (also how GUST is). Why do you choose this way of doing things rather than having them tell their story “Moth style,” especially since the story is their own?

Yeah, that’s cool GUST does it too. For me, it’s essential. I work with all the storytellers in an editing process that involves a meditative exercise and several rewrites. I ask them questions to stimulate their memories. Getting thoughts down on paper and then having the emotional distance to organize them into the perfect short story is cathartic, empowering, and sometimes brutal. But then the storytellers don’t have to worry about forgetting their lines and I don’t have to worry about anyone going on a tangent or cursing up a storm! 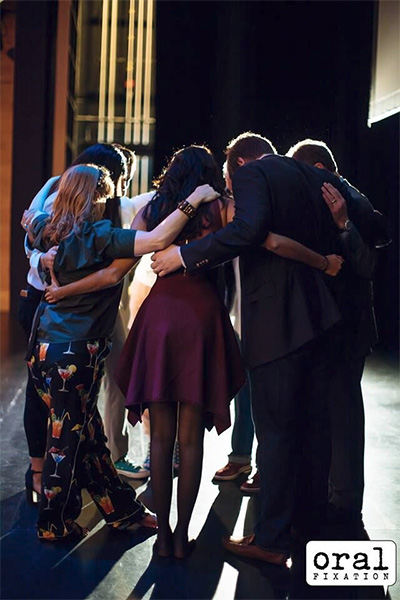 How much time do the storytellers have to prepare? Are there rehearsals?

We do a four-hour rehearsal. First we break bread together with hot pizza and shoot the videos the audience will see before the stories commence. Then I use my theatre background and talk about how to bring their stories from the page to the stage. We do a group physical and vocal warmup then everyone gets a chance to read their stories in front of the group. I time them and give them feedback. We take some photos and sometimes they’ll go off together for a drink after. Being part of an ensemble makes them stronger and more confident in their choices onstage the night of the show. They stay friends!

It seems like most of your themes are general prompts. Abortion is very specific, and maybe even a little darker than most storytelling themes. What made you decide to go with that?

It’s a branch of Oral Fixation focused on storytelling for social change. Right now my issue is abortion because of the constant threats to abortion rights and the desperate need for the truth behind abortion to be understood.

How do you set yourself apart or conversely fit into the national storytelling community? Is recognition outside of Dallas something you seek?

Oral Fixation is a like a blend of The Moth in NYC, Spark in LA, and This American Life on NPR. I model a lot of what I do on my experience telling stories for Spark: Off Rose, the first live storytelling show I was ever exposed to back when I was living in Venice, California in 2006. Jessica Tuck (who started Spark) was inspired by watching The Moth. So Oral Fixation is a descendant of The Moth for sure. I saw The Moth live the first time in New York a few years ago. It was awesome, but we’re different. For Oral Fixation shows, I wanted our themes to have a larger theme- so I decided that each show title will be an idiom. The night of, a video package shows storyteller interviews backstage. Music fills the space introducing each new storyteller. We run photos from the time of their stories on the screen behind the storytellers while they bow. After the show, the storytellers come out into the lobby and mix and mingle. It’s a real community affair. 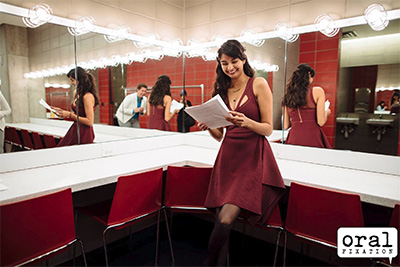 I love doing the show in new cities and have a vision to tour the show, perform in New York, and produce a docu-series for Netflix or HBO featuring our stories and process. So yes I want recognition outside Dallas! One of the most exciting moments of my life was when I met the actress and abortion rights activist Martha Plimpton in New York City and she referenced Oral Fixation offhandedly as if everyone knew about it. I think the live stream will take us to that next level by enabling friends and fans from all over to check out the show from their couch. Imagine the possibilities!

I feel like sometimes it’s easy to fall into a rut with events that are structurally the same every month and have to periodically remind myself that the audience may be seeing it for the first time and not to treat them as repeat customers as well. Do you feel that repetition can make producers overly comfortable?

Juggling seven new personalities each month always keeps things spicy! And no matter what, something always occurs to make a night stand out. At “Close To Home” in December, a man passed out and we had to bring the lights up towards the end of Maya Modi’s story. You never know in show business!