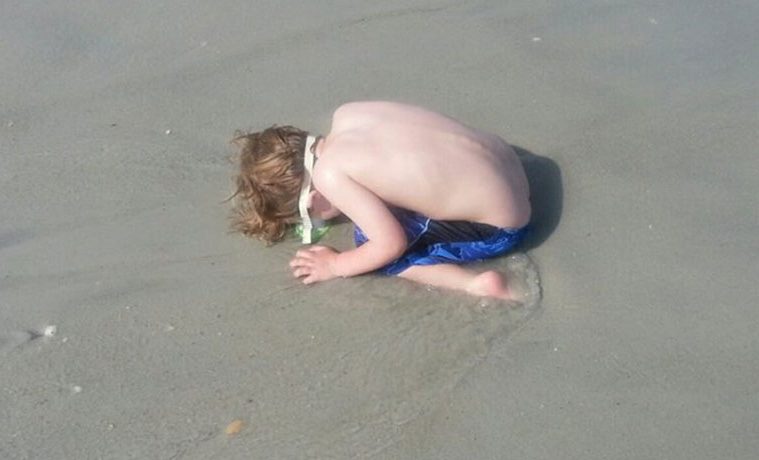 Sundowner is Not a Collective

11 Artists Explore the Possibilities of Collaboration and Exhibition 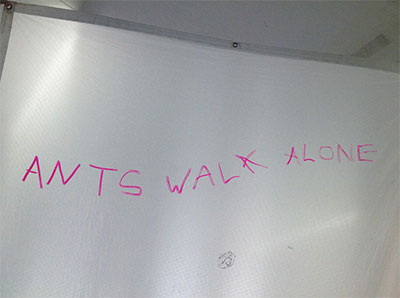 Sundowner is a collaborative artist endeavor making its debut at Circuit 12 Contemporary this month. Rejecting traditional curatorial practices, the contributors choose to favor the participation of like-minded artists in the forming of networks of communication and interaction. It is, importantly, not a collective, where consensus can burden a decision-making process; rather, Sundowner is an ongoing endeavor that will develop and change over time and exhibition sites. It’s also not a traveling show; the participating pool of artists and work has the potential to grow and change. By seeing where the process and participants will take this idea, the goal is to show audiences how the endeavors of artists and art practices catalyze a growth that is greater than the simple offering of a sum of parts. The artists involved are avoiding the traditional trappings of creation and exhibition in order to achieve a deeper level of clarity while accepting the challenges inherent to a gallery setting. The exhibition consists of 11 artists, and the project will find its way to Hiroshima, Japan and Zurich, Switzerland over the coming year. Bill Bridges sat down with Kris Pierce, Greg Ruppe and Jeff Gibbons, three artists engaged in the project, to learn more. 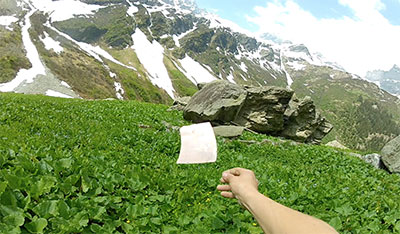 The Hunt (Ur Maneuver)

A+C: How did Sundowner start?

Greg Ruppe: About two years ago I was visiting a friend in Berlin—an artist I went to grad school with—and we started talking about the potential of a project that could be more multi-sided, happening in Dallas and Berlin. I told him about two artists I’d worked with in Hiroshima at an artist-run space called Hiroshima Art Center, so we started a conversation about getting together a loose group show, or a collaborative project that would happen in multiple sites. We added Mexico City to the locations because an artist named Omar Rosales, who lives in Hiroshima, is now doing some post-graduate work there. The original idea of the project was that it would open in simultaneous locations to create portals between places. At that point, the project was based on trust—not knowing individuals, and going on recommendations from one artist to another on who might be a good fit for these projects.

Kris Pierce: After we started finding the right individuals, it was more a matter of taking the ideas and forming them into one larger idea. 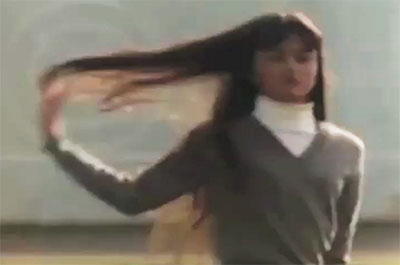 Can you elaborate on how this project’s members’ geographic locations affect its process, and how it pertains to “geographic psychology?”

KP: This is more or less a “pass-through” (sic) between the beginning of a collaborative process and the next exhibition. It’s something that’s going to evolve over time and it’s really taking the gallery space and using it as a platform to show the place and time of this collective brain in the way that it has navigated these ideas of distance, difference, culture and limitations of the technology with which we communicate.

GR: The project itself is breaking down all of those inherent issues. The show is about human beings interacting with each other in any way possible, developing work and talking with each other about the work; letting all of our work grow individually, then putting it all into this one thing, so the show itself ends up having the feel of being one artist, even though it’s all these artists. So in that way there’s been this open organic dialogue between everybody, much in the way a conversation takes place.

Jeff Gibbons: There was a certain amount of push and pull just to get everyone on the same plane so that the work could enter into the conversation. For the most part, it was a lot of trusting the work, mostly based on the people that were chosen. So instead of saying “curation,” it’s “coordination”; and what’s coordinated is a group of individuals who can be trusted to have the same drive. All of us are in this for similar reasons; part of that is being sincere, therefore making a group-sincere project. 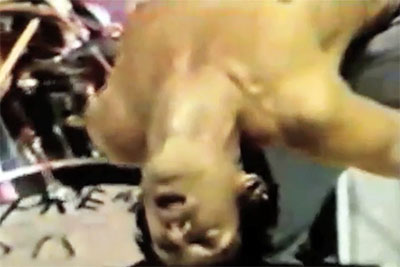 What are the distinctions and challenges with “curation” and “coordination?”

GR: If we worked with an outside curator, it would rob us of what the process has been up until now. We purposefully didn’t say what the show would be about as we were inviting artists to participate because we didn’t want to say “this show is about ‘this’,” and then everyone makes work about “that.” We wanted to leave it open with a loose idea for a show, with certain things we didn’t want to happen; we didn’t want there to be hierarchies in the group… Then we started sharing work through social media threads; previous work, new ideas, new images of work… So, we let this form grow its own “brain.”

JG: So much of it was just odd serendipitous moments like, “oh, let’s make a sandwich together.” Well, that didn’t make sense, so we canned the sandwich. The next thing you know, the artist from Switzerland was making veggie patties for the show. One person was working with water (without anyone else’s knowledge), and another person shares this piece that has to do with water. There were these initial serendipitous qualities to the whole thing. Once people started putting (ideas/images) in, it becomes just an editing process by the artist, about what gets shown.

In this regard, does Sundowner counteract the notion of an event, like an exhibition, serving as a conclusion?

KP: Jeff has put a lot of emphasis on this not being the end of the idea; this is something that continues through. I think it’s really sad to think of an exhibition as an end to something, which implies that it’s dead after that. So thinking about how things are going to evolve is really exciting.

GR: This project will continue on, but then maybe one of us will work with another one of the artists, and there’ll be other projects that may come from it.