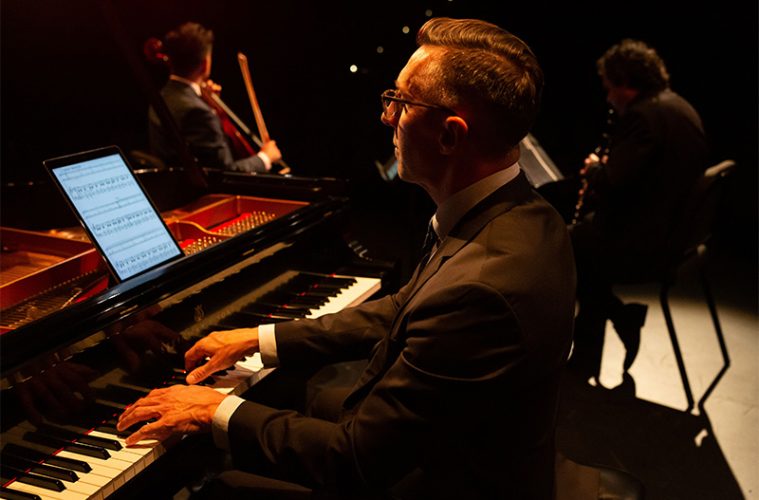 Aperio opened its 2019-2020 season in September riding the Onda Nueva (New Wave), relishing the characteristic blurring of boundaries that makes music from Latin America so rich and vital. It was a full-on seduction. All night long, the music from the MATCH stage captivated the senses from every direction.

Artistic Director Michael Zuraw is a master curator of music from the Americas. He takes great pleasure in the art of assembling programs that draw the audience in step by step. On opening night he presented unabashedly sentimental nostalgia from two unfamiliar Puerto Rican composers of a bygone era, then featured the wildly complicated and playful rhythmic counterpoint of Venezeulan composer Paul Desenne, followed by the jazz-influenced improvisatory dances of Cuba’s Paquito D’Rivera. Aldemaro Romero, the popular Venezuelan composer strongly associated with Onda Nueva, defined the theme of the program with an inventive mix of his native Joropo and Brazilian Bossa Nova, styled with the sensibility of Henry Mancini. And the final seduction came from Houston composer Robert Avalon, whose setting of three poems by Puerto Rican poet Julia de Burgos was simply ravishing in its impressionistic textures and wide-ranging colors. A program like this is pure delight when performed by seasoned musicians well-versed in the boundless crossing of musical languages. And Mr. Zuraw always has a roster of capable musicians on hand. 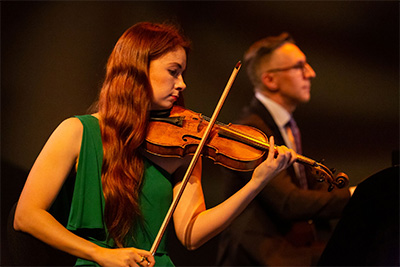 Is there a magic formula for Aperio’s programming success?

If one could distill it to a couple of words, it might be “seduce and surprise.” Programming is a topic of continuous discussion that Zuraw has with himself, his board, and his collaborators. “We always come back to the same answers. You can’t build an audience by doing things they are bored with. You have to win them over by creating experiences that surprise them, engage them, help them discover new ways of connecting to the music, make them prick up their ears.”

Sometimes the surprise comes from doing an about-face. After going for larger programming with chamber-orchestra-sized forces in the previous season, Zuraw thought it would be a cool idea to head in the opposite direction. Two of the most memorable performances last season featured a single performer. Jeffrey Ziegler’s performance at the Sicardi Gallery with cello and electronics was a showcase for the new ways sounds can be sampled and layered with today’s technology. Featuring works by young Mexico City composers born after 1990 and surrounded by artworks that intersected with the music, it was a fresh, innovative program in a perfect space.

Later in the season, pianist Jason Hardink challenged the audience with a monumental performance of Michael Hersch’s The Vanishing Pavilions. One of only three pianists in the world (including the composer himself) who can play this epic, experimental, ferociously visceral piece, Hardink charged into this devastating 150-minute visionary work with zero hesitation and complete mastery of every single moment of the music. The performance left the audience gobsmacked—and that is exactly what Zuraw wants. 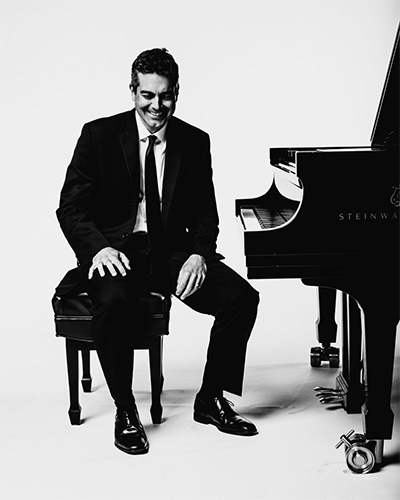 After a wide-ranging season opener in which multiple contemporary and popular currents in Latin American music converged to seduce the audience, much of the remainder of this season’s programming takes a hard swing toward the dramatic.

David Lang’s transformative setting of Hans Christian Andersen’s The Little Match Girl will be paired with the world premiere of Shawn Crouch’s 13 Ways of Looking at a Blackbird in the February concert. Frequent Aperio artistic partner Tony Boutté will be the guest music director for this program. Founder of New American Voices (NAV), an organization dedicated to facilitating the collaboration between singers and composers in order to create new music, Boutté has been intimately involved in the development of more than 50 new vocal works since the inception of the organization in 2014. Crouch was the winner of the 2015 NAV Composition Prize which supported the completion of 13 Ways.

Scored for vocal quartet with the singers playing various percussion instruments, Lang’s piece is like ice, pristine and spare. This dark tale of suffering and redemption is reflected inward through the distilled music, harkening back to the emotional profundity of Bach’s Passions and the stylistic purity of a capella motets.

Playing upon Wallace Steven’s enigmatic poem 13 Ways of Looking at a Blackbird, Crouch’s 13-movement piece explores the evolution of perspective. With a vocal quartet staged around the instrumental ensemble at the center of the stage, the singers will be changing stations with each movement as cameras capture, then project them onto a screen. “The physical aspect of the piece helps to illustrate the changes in perspective and the interaction between elements,” explains Zuraw. The staging is symbolic. The play with amplification of the voices adds another dimension to the concept of the piece. Zuraw imagines a more expansive space where the live interaction with amplification creates a richer timbral and sound palette. It’s a different media, a different atmosphere. 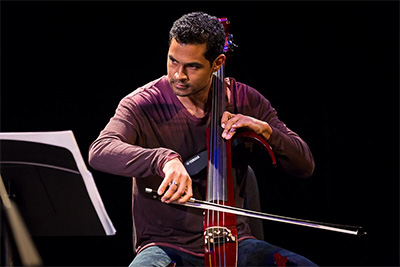 One of the threads that Aperio hopes to sustain into the future is the presentation of new chamber operas with a classical precedent. Last year, Tony Boutté was the lone protagonist facing an existential crisis in Aperio’s first presentation of a chamber opera, Douglas Cuomo’s desolate Savage Winter, a reimagining of Schubert’s epic song cycle Winterreise. This season, he will do a dramatic about-face and star in Robert X. Rodriguez’s one-act comic opera Tango (1985), a charming piece of theater based on news clippings, letters, and sermons from the height of the tango craze in the 1910s. Zuraw sums it up this way: “People thought the tango was the most lascivious thing in the world, that it would lead to the downfall of society, the collapse of morality, etc. Well, this is all about how the tango won!” Should the audience expect to see some tangos? Zuraw will only say that it’s a bit like Victor Borge’s comic routine of playing at playing the piano.

The other part of the Tangos and Provocations program in March is, in Zuraw’s words, completely “wacko!” Aaron Jay Kernis’s The Four Seasons of Futurist Cuisine (1991), minimally scored for piano trio and narrator, is outrageously absurd and seriously tongue-in-cheek. Based on Italian artist F.T. Marinetti’s Fascist art manifesto presented as a cookbook, it’s an over-the-top vision of ridiculously bold, Futurist ideas. The dual context of Marinetti’s and Kernis’s interwoven texts gives the piece a zany complexity. Fake news and propaganda go hand in hand with figs, ham, and cheese. The music is fittingly “crazy,” mixing mockingly recognizable ingredients from Chopin to Bruckner with Kernis’s strange brew of fire and tenderness. Appropriately, this piece of absurdist theater will be performed at the Gordy, Stages Repertory Theater’s new $35 million dollar space.

In fact, Aperio is doing a major collaboration with Stages Repertory Theatre this season. They will be the house band for its opening show at the Gordy, The Fantasticks, for 43 performances between January and March. That is definitely something out of the ordinary for Aperio.

The season closes on another thread Zuraw would like to extend—more jazz, top-of-the-field jazz from the international and local scene. “We aim to explore as many different corners of Latin America as we can. We’ve done a lot of contemporary music and 20th century music in the popular Romantic style. But we haven’t done so much jazz.” Zuraw was able to bring international star and genre-defying singer Clarisse Assad last season in a fantastic collaboration with KINETIC. This time he is bringing Havana Jazz to Houston, featuring one of the hottest young groups on the scene today, the Harold López-Nussa quartet, with Houston clarinetist Ernesto Vega. A frequent Aperio guest artist, Vega went to Conservatory with López-Nussa in Cuba and they are old friends and collaborators. “There is every reason to do this show,” says Zuraw. “Harold and Ernesto have a history together and they are both consummate musicians. To have the collaboration of the best from the outside with our own Houston musician is very special.”

One more thought on programming from Zuraw, something he has learned over the years by steeping himself in the musical languages and traditions of Latin America: “Music is music. If music is not enjoyable it sucks. If your music brings people to party, it’s awesome. The boundary between popular and classical music is so blurred. You can’t define it.”