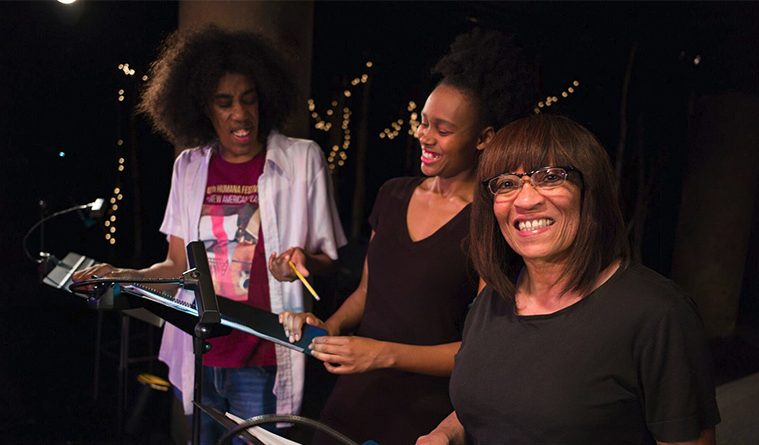 Jonathan Norton, Sydney Hewitt, and Rhonda Boutte at a reading of Norton’s a love offering at Undermain Theatre.
Norton’s play goes to Philadelphia in May as part of Kitchen Dog Theater’s participation in the National New Play Network.
Photo by Katherine Owens. 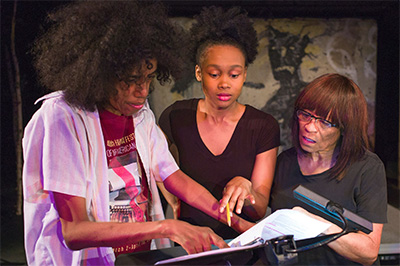 For the past 20 years, the National New Play Network has connected nonprofit theaters across the U.S. through the cultural importance of new plays and living playwrights.  Its mission states, “camaraderie and cooperation—as opposed to territorialism and competition—strengthen our theaters and the field. We believe that the exchange of new work and ideas leads to innovation and progress in both institutions and artists.”

The latest way NNPN is encouraging collaboration is through a new program called Cross-Pollination, where theaters swap their local playwrights and receive a fresh voice and new work in return. The playwrights are able to develop relationships with producing organizations with which they might not otherwise have connected, and audiences get to enjoy art that transcends state lines.

Kitchen Dog Theater is one of three NNPN Core Member theaters participating in the program’s pilot year, along with Cleveland Public Theatre and InterAct Theatre Company in Philadelphia. KDT will receive Cleveland playwright Lisa Langford and her work Rastus & Hattie in June, while Dallas playwright Jonathan Norton is headed to Philly in May with a love offering. InterAct’s James Ijames presented a workshop of his play history of walking at Cleveland Public Theatre in January.

“The potential of this collaboration project is extraordinary,” says KDT co-artistic director Tina Parker. “Kitchen Dog is not only able to launch one of our talented local writers into a new market, but we are also able to personally learn new ways to develop, support, and share new work within our own organization, as we observe first-hand our NNPN brothers and sisters at work in the rehearsal room.” 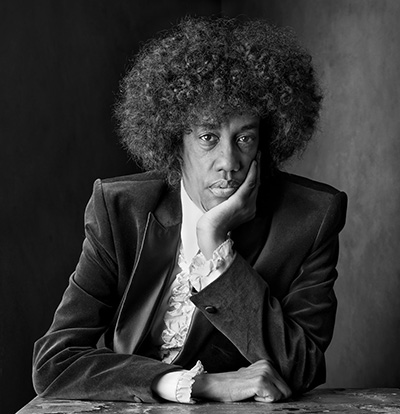 Norton is a familiar presence around Dallas. An inaugural member of Will Power’s Dallas Playwrights Workshop, he won the prestigious Osborn Award in 2016 for his play Mississippi Goddamn, which premiered at the South Dallas Cultural Center, and will see his commissioned work Penny Candy onstage at Dallas Theater Center in 2019. The SMU graduate has also been tapped to mentor local actress and singer Denise Lee on her first foray into playwriting, a piece with the working title Funny, You Don’t Act Like a Negro, for Theatre Three in 2020, while his show Solstice is getting a reimagining at the storied Uptown theater for its second holiday season.

Though he’s taking a love offering to InterAct and Philly (and it was also part of Undermain Theatre’s staged reading series this past April in Dallas), Norton has been working on it since 2013. Inspired by his mother pulling graveyard shifts at a nursing home, the play follows nurse’s aide T’Wana Jepson as she cares for patients with Alzheimer’s and dementia.

“I had an overactive imagination,” says Norton, “and I had this fear that David Koresh—yes, the Branch Davidian David Koresh, although he was dead—was lurking outside my front door, and I was afraid to be home alone. So sometimes I spent the night at the nursing home and listened to my mom’s coworkers trade stories in the break room.”

While studying at Booker T. Washington High School for the Performing and Visual Arts, Norton wrote a play called I Love You, Miss Georgia. Though a different story, it was set in a nursing home and inspired by his late-night eavesdropping, and Miss Georgia ended up a character in both plays.

“Philly is a great town for playwrights, and so many of the playwrights coming out of Philly are absolutely killing the game,” says Norton, who has participated twice in the new-play development conference PlayPenn. “I’m excited to be a part of that energy. But Dallas is on the edge of that kind of energy too. And certainly Kitchen Dog has been a forerunner in developing and producing new work—for instance, this year their New Works Festival celebrates twenty years. Twenty years, people!” 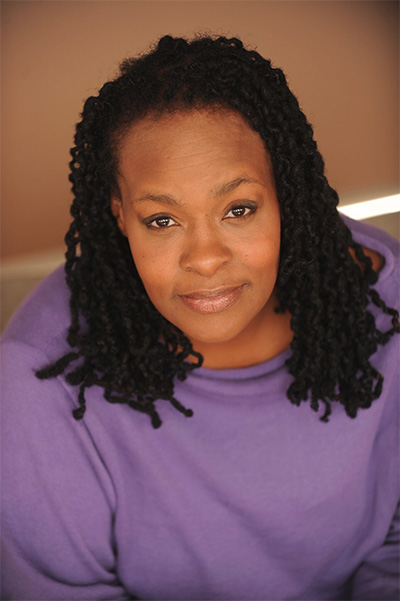 The Harvard-educated Langford is an actress who performed off Broadway and at acclaimed regional theaters across the country before transitioning to the role of playwright (with forays into journalism and copywriting along the way). Her play Rastus & Hattie was inspired by a picture of a human-like robot developed by Westinghouse in the 1930s to be part of a futuristic fleet of time-saving laborers.

“One mechanical worker, Rastus Robot, was covered with brown skin, topped with kinky hair, and dressed in the antebellum overalls of more than a century before,” she says. “Out of an infinite universe of ideas, brilliant scientists fixated on the historical link between blackness and servitude, probably without even realizing it.”

The play has already undergone several rewrites, including one that Langford says was very much influenced by last year’s events at Charlottesville (though that version is not the one being workshopped at KDT). She’s hoping that “hearing it read by people I didn’t have to bribe with beer and chicken wings” will help her make some definitive decisions about the work, such as if the second act should take place in the past or the present.

Langford’s adventurous spirit will be an asset as she journeys to a city—and its theater community—with which she has no prior connection. “I love going to places I’ve never been, so this will be exciting,” she says. “I hear Dallas has some good Nigerian restaurants.”

As a founding member of the NNPN, Kitchen Dog Theater’s participation in Cross-Pollination further exemplifies its reputation as a staunch champion of new work. “It’s so easy to get siloed into a pattern of working,” says Parker. “It will be exciting for us to shake things up and expand the possibilities we can create, both in our own houses and together across state lines.”