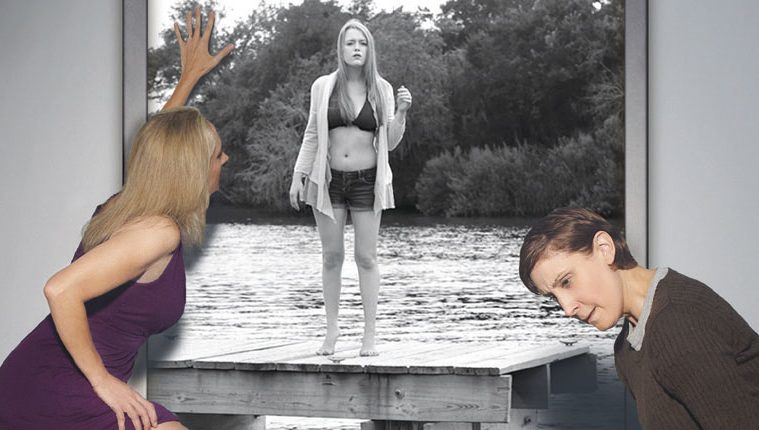 Theater in the Raw

When I first met Philip Lehl and Kim Tobin over a Chinese lunch in the early spring of 2006, while I was working on my musical Deep in the Heart, I had no idea how much the future held for them. Then again, neither did they.

I knew they’d never worked in a show together before, the way most actors have in the small world of Houston live theater. And I knew they’d never met, since I had to introduce them, a fact that made sense because Tobin had recently moved home after several years perfecting her craft in New York City. At the end of that getting-to-know-you lunch, the director casting my musical pulled me aside and said, “Hmm, I don’t know…” Oddly for me, I answered, “That’s okay, cuz I do.”

For all my good feeling about the chemistry Lehl and Tobin displayed at their first meeting, I was no more aware than they were that they’d work extra-hard to make my awkward middle-aged love story seem believable, that they’d really fall in love and get married – yes, to each other – in the process, or that they’d start one and then another independent theater company in Houston to produce scripts no doubt better, and certainly more avant-garde, than the one I’d handed them over spring rolls and kung pao chicken.

“The aesthetic doesn’t really limit our choice of plays,” explains Lehl, as the couple’s Stark Naked Theatre Co. steams toward its second season, its first full one in a performance space shared with two other respected troupes. “But we are into plays that seem challenging to us.” Tobin adds a clause to Lehl’s sentence: “Plays that are challenging in the way they depict relationships. It’s about how deep emotionally you can take yourself to those places, how far we can reach into our own well of truth and understanding, and share it with an audience.”

A play called Body Awareness by Annie Baker kicks things off Oct. 26, running through Nov. 10. A 1980s favorite called Beyond Therapy by Christopher Durang picks up after the busy holiday season (during which Lehl returns to his Alley Theatre roots for a turn in A Christmas Carol), running Feb. 22-March 9. Motives turn even darker and murkier after that, as Stark Naked closes the season with Shakespeare’s Macbeth, June 7-22. All performances will be given at Studio 101, a kind of location collaboration with Mildred’s Umbrella and Classical Theatre Co. at Spring Street Studios.

If you don’t think all this sounds like another community-theater production of Annie or Grease, you are right. Stark Naked, the latest iteration of a mission that first produced a company called Brave Dog, is devoted to quality writing, quality design and, most of all, quality acting.

Lehl and Tobin want Stark Naked to be both a journey and a destination for its actors, beginning of course with themselves. To act in a Stark Naked production is, therefore, to arrive somewhere in your career. And yet, in the sense of the art and its related craft, it’s always about the miles you still have to go before you sleep.

“We think there has not been a consistent focus on this kind of aesthetic,” says Lehl, in his mind surveying the local scene he has been such a part of, at the Alley and elsewhere. “We feel it often gets lost in the set, or in something else people are paying attention to, instead of this.”

Tobin, who also teaches her craft at the Kim Tobin Acting Studio, picks up the thread: “A lot of people are always throwing together theater companies just to put up a play – not with a clear mission or willingness to follow through over a period of time. We want to build what an audience can follow and learn from. We’re all about the aesthetic of acting itself. I have to be willing to go the journey, and an audience can’t learn about that from one event.”

For Lehl and Tobin, a journey it has been. In 2010, they formed Brave Dog with friends Georgi and Rick Silverman, putting on a promising debut of the quirky romantic comedy Almost, Maine by John Cariani, with Lehl directing and Tobin one of the players. That production was given at Stages, with Brave Dog moving on to Wildfish Theater after that to offer Reckless by Craig Lucas.

By that point, however, personal differences had arisen that made the future of Brave Dog a question mark, inspiring Lehl and Tobin to strike out on their own. A naming contest with free tickets as the prize was held. Several good names came in. At the end of the process, “Stark Naked,” suggested by Lehl’s brother Benjamin (a rock and roll guitarist based in the family’s hometown of Des Moines), was judged the winner.

“And we didn’t even have to give him free tickets,” Lehl laughs, “because he lives in Iowa.”

Stark Naked made an auspicious debut with Debt Collectors, an appropriately dark adaptation of Creditors by August Strindberg, followed by Dinner with Friends by Donald Margulies. Considered together, the two works make flesh what Stark Naked’s emphasis on “relationships” is all about.

Both focused on marriages and infidelities large and small, and both featured way-too-candid candor and no small amount of men and women snarling and spitting at each other. In these plays, as in many of the more serious works across the ages, love means always having to say “I hate you!”

Stark Naked, with its passionate leadership, superb actors, directors and designers, and innovative approach to performance space, seems well-positioned to face the future. And that future, of course, depends on funding.

While Lehl concedes that none of Stark Naked’s shows has broken even after paying all involved what he calls “a living wage,” some combination of ticket revenues, personal donations and corporate, government and foundation gifts is managing to keep the lights on. At least, this being Stark Naked, enough to gaze into the darkness within the human soul.

— JOHN DEMERS
John DeMers is the author of 46 published books of fiction and nonfiction. He hosts the weekly Delicious Mischief food and wine radio show heard in Houston, Dallas and Austin.