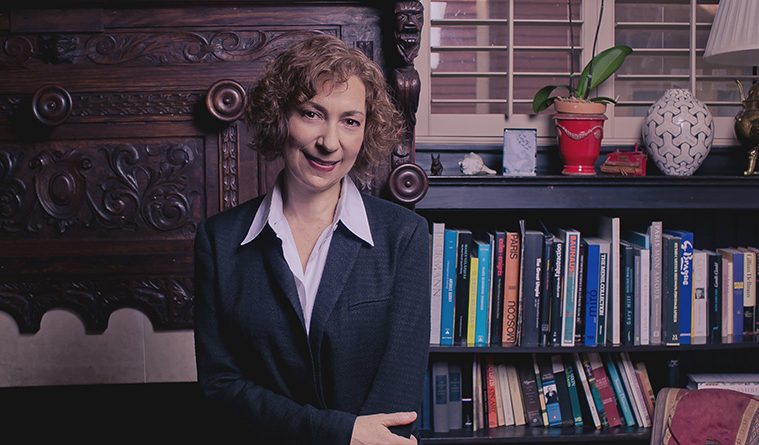 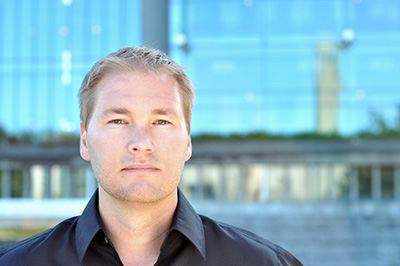 Baritone Tyler Duncan performs with Sarah Rothenberg as part of A Stranger I Arrive, A Stranger I Depart, Schubert’s Winterreise, on Oct. 23 at the Menil Collection.

Beethoven dedicated sonatas and chamber works to friends who opened their homes to him. Franz Schubert, in his Winterreise, told the story of a man who leaves home in despair. Charles Ives drew on his American homeland’s popular tunes and religious music as he crafted his revolutionary works.

And Da Camera has flourished because of the entrepreneurial spirit and open-mindedness of its hometown of Houston, as general director Sarah Rothenberg will readily tell you. So the group will celebrate its 30th anniversary by filling its 2017-18 season with music about home, roots, security — or the lack thereof, as in Winterreise.

Schubert’s song cycle, following its forlorn protagonist’s trek through the winter landscape, is a landmark of 19th-century music. But pianist Rothenberg and baritone Tyler Duncan will bring out its contemporary resonance: They’ll perform it in a Menil Collection gallery Oct. 23-24, surrounded by Lebanon native Mona Hatoum’s Terra Infirma.

Hatoum “explores the idea of refugees, exile and the fragility of home,” Rothenberg says. “These are things we feel very strongly in Schubert’s Winterreise. … As the title of that program, I’m using the (cycle’s) first line: ‘A stranger I arrive, a stranger I depart.’ It’s about a person who’s roaming without a sense of shelter. It’s a very poignant work. We hear about refugees today, and we see masses of them. And yet each of them is an individual without a home.” 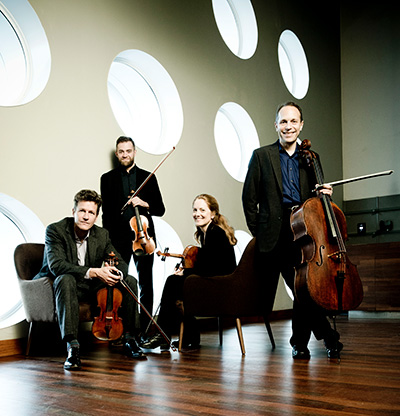 Composers Steve Reich and Olivier Messiaen had their own perspectives on being uprooted. Reich, whose parents divorced when he was small, spent his childhood in the early 1940s shuttling between one parent’s home in New York and the other’s in California. The experience helped inspire his string quartet Different Trains, which will share an April 2018 program with Messiaen’s Quartet for the End of Time. Messiaen created the work while he was torn from his home — held in a World War II prisoner-of-war camp. Neither he nor Reich focused simply on his own experience, though.

Reich “was very struck as an adult, realizing that at the same time (as his journeys across the country), Jewish children in Europe were taking very different train rides. And Messiaen’s Quartet for the End of Time was written in a prisoner-of-war camp, but it’s not about that at all. It’s about transcending earthly things, with mystical Catholicism. It’s a very spiritual piece — one of the most moving pieces written in the 20th century.” The performance will pair Reich’s music with a video based on its music and subject; Messiaen’s quartet will feature lighting by Broadway designer Jennifer Tipton, who illuminated Messiaen’s Visions de l’Amen for Da Camera in 2015.

The season isn’t only about disruption, though. Da Camera also will pay tribute to its history and hometown. Three jazz programs will feature graduates of Houston’s High School of the Visual and Performing Arts. The Robert Glasper Experience features keyboardist and producer Glasper, who is “expanding the definition of jazz by embracing disco, hip hop, funk and other elements,” Rothenberg said. The Mingus Big Band will feature pianist Helen Sung, who studied by classical and jazz piano at HSPVA. And Charles Lloyd and the Marvels will include drummer Eric Harland, “one of the leading drummers of his generation.”

Polish poet Adam Zagajewski, who taught creative writing at the University of Houston during the 1990s, will return to share with Rothenberg a program of readings and music. And the Juilliard String Quartet, which performed in Da Camera’s first season, will return in its present-day incarnation — including two members who joined recently — to perform works by Beethoven, Bela Bartok and Antonin Dvorak. 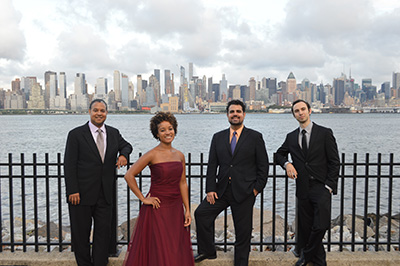 The Harlem String Quartet opens the Da Camera season as part of From Harlem to Havana on Sept. 23 at Cullen Theater, Wortham Theater Center. Photo courtesy of the artists.

“We’ve had time to develop a very deep connection to the roots of the city, and at the same time to bring people from all over the world to get to know Houston — and allow Houston to hear and see onstage the greatest artists alive today,” Rothenberg says.

Capitalizing on a bequest earmarked for booking top-flight musicians, Da Camera will bring in veteran pianist Garrick Ohlsson to play four Beethoven sonatas, including the viscerally powerful Appassionata and Waldstein. As “almost the flip side” of that recital of beloved keyboard repertoire, Rothenberg said, harpsichordist Mahan Esfahani will play a program ranging from English renaissance music to his own arrangement of Piano Phase by Reich, who has given his imprimatur. Esfahan thinks “there are tremendous cross-relationships and connections between these composers through the centuries,” Rothenberg says. “He’s a singular voice.”

Another singular program: In the Menil’s Cy Twombly Gallery, flutist Claire Chase will perform music inspired by Twombly’s art. “Everything she’s playing will be new to Houston,” Rothenberg said. That includes a work by California composer Erik Ulman, who will come along to reminisce about his friendship with the artist.

Pianist Jeremy Denk, who performed Ives Concord Sonata for Da Camera in 2011, will return with violinist Stefan Jackiw to perform Ives’ four violin sonatas. Continuing the homeland theme, the program will weave in members of the Houston Chamber Choir, who will perform some of the revival-meeting hymns and other musical Americana that Ives wove into the sonatas.

The Harlem Quartet has its own way of spotlighting the value of home and heritage. The string quartet’s members have roots in Cuba and Puerto Rico, among other places, and its concert will include a work by Cuban composer-pianist Aldo Lopez-Gavilan — the first violinist’s brother. The rest of the program will embrace Edvard Grieg, who drew inspiration from his native Norway’s music, as well as Duke Ellington and Billy Strayhorn.

The quartet’s knack for bridging styles helps it stand out, Rothenberg said. In both classical music and jazz, “you need discipline, you need virtuosity, you need to feel comfortable on your instrument, and you need to have the ability to communicate with the audience. … In jazz, you sometimes need to be able to improvise, and that can bring a kind of spontaneity to the moment. When musicians can do that, and bring that spontaneity back to classical music, it often is a very different experience.