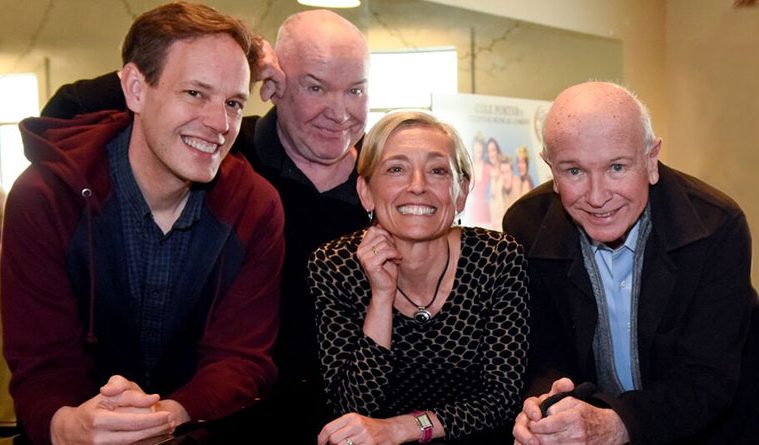 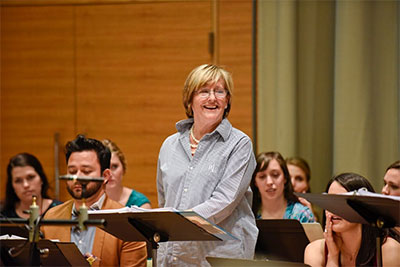 Nothing like it had occurred in real life, so Terrence McNally took a leap of the imagination: In his new work, an opera singer would perform the national anthem at the Super Bowl. He finished his libretto for Great Scott, an opera set in the world of opera, and dispatched it to composer Jake Heggie in 2013. And what happened in early 2014? An opera singer performed the national anthem at the Super Bowl.

“I said, ‘Dammit! Everybody is going to think I took that from Renée Fleming,’” McNally recalls. A few months later, Joyce DiDonato, the very singer who will portray Great Scotts central character, performed the anthem before the climactic World Series game. “I know in my heart of hearts that I was the one who had the idea,” McNally adds, with a smile in his voice.

The accidental verisimilitude might just lend extra weight to Great Scott, which will immerse the audience in the modern-day realities of opera and the people who embody it. When Dallas Opera premieres it Oct. 30, DiDonato will portray Arden Scott, an opera luminary who returns to her hometown to premiere a long-lost 19th-century showpiece. She faces powerful competition: On the production’s opening night, the city’s football team will compete in the Super Bowl. As the big occasions approach, Scott bonds with her onetime mentor, who now supports the hometown opera company; sees her high school beau for the first time in years; and asks herself whether fame has been worth its toll on her personal life. Scenes in the rehearsal studio and opera house bring in theatrical archetypes from the eager up-and-comer to the under-appreciated backstage staff. 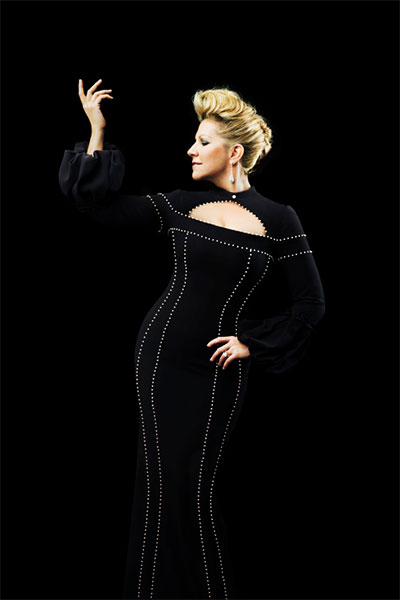 Joyce DiDonato will sing the role of Arden Scott in Jake Heggie’s Great Scott at the Dallas Opera. Photo by Pari Dukovic.

Great Scott reunites Heggie with McNally,  the librettist of his first full-length opera, Dead Man Walking, which helped make Heggie’s name as a composer of theatrically potent music. The Tony-winning playwright was also the jumping-off point for Heggie’s 2008 opera Three Decembers, which grew from an unpublished McNally play adapted by librettist Gene Scheer. Since then, Dallas Opera premiered Heggie and Scheer’s Moby-Dick, which is racking up performances internationally. And McNally, whose Master Class zeroes in on iconic soprano Maria Callas, drew again on opera in his 2012 play Golden Age, a trip into the high-pressure milieu of 19th-century composer Vincenzo Bellini.

Though Great Scott takes place today, it keeps one eye on that long-ago gilded age. Scott specializes in bel canto, the early 19th-century celebration of vocal allure and acrobatics that Bellini helped propel to its apex. Not coincidentally, bel canto is also DiDonato’s calling card.

“When people come to hear Joyce sing, they want to hear what she does really well,” Heggie says. “And she’s the queen of bel canto right now. So Great Scott is an opera that allows her to explore all of that in a meaningful way.”

Yet DiDonato’s bel canto pizazz was just one of the qualities that McNally drew on. Besides having seen her portray bel canto heroines and Sister Helen Prejean in Dead Man Walking, he says, he had spent time with her offstage. “Joyce is very much a citizen of the 21st century,” McNally says. “I don’t know a lot of singers. But all the ones I know are very real people. All the artists I know —the painters, the designers, the conductors, the singers:  We’re just people, too, trying to earn an honest living. We do something a little different than the average person. But I wanted to make these people very human.”

So Great Scott explores how Scott’s course in life pulled her away from her onetime sweetheart, Sid Taylor, portrayed in Dallas by baritone Nathan Gunn. The audience also will meet Scott’s onetime mentor, Winnie Flato, played by longtime Heggie devotée Frederica von Stade. Besides being married to the owner of the team destined for the Super Bowl, Flato is the prime mover behind the city’s opera company.

For a composer whose previous operas all grew from existing stories, setting an original libretto was “extremely exciting but also extremely challenging,” Heggie says. To help flesh out the characters and hone the plot, he and McNally led three workshops, enlisting young singers to try out the work-in-progress. Each workshop yielded insights and changes, he says, and “I felt like I wrote the opera almost twice.”

That isn’t counting the opera within the opera: Rosa Dolorosa, a saga of ancient Pompeii by the fictional composer Vittorio Bazzetti. McNally and Heggie devised it to show Scott and her colleagues at work. For McNally, bel canto was familiar turf. As a young opera-goer in the 1950s and ’60s, he saw the electrifying Callas set off a renaissance in the then-neglected style, reviving forgotten operas and revealing unsuspected power in familiar ones. But Heggie came under bel canto’s spell only a few years ago, when he saw French soprano Natalie Dessay portray the deranged heroine of Gaetano Donizetti’s Lucia di Lammermoor. “I just woke up and went, ‘My god! I get this now,’ ” Heggie says. “Because every note was infused with dramatic intent.” 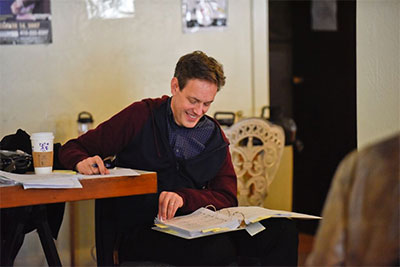 Composing the Rosa Dolorosa scenes meant that Heggie had to create two musical worlds in one opera —another first-time challenge for him. “The two things that really got me going were …to have a heroic march in the bel canto world, and then to juxtapose that with the football fight song for the Grizzlies, the team that’s going to the Super Bowl. Because they’re not that different in spirit, if you think about it.” When he found the link, he was on his way.

Now the cast goes to work. Great Scott’s rehearsals will practically be a musical family reunion, with von Stade taking part in her third Heggie premiere, and Gunn returning to the composer after premiering a Heggie song cycle in Dallas in 2011. Houston Grand Opera artistic and music director Patrick Summers, who has conducted all Heggie’s operatic premieres, takes charge in Dallas.

After Great Scott opens, Heggie will get right to work on his next opera, It’s a Wonderful Life. Librettist Scheer just spent two years adapting the iconic Christmas movie, and HGO will premiere it  in December 2016. Heggie marvels that some viewers find the film merely charming. “It’s a man contemplating ending his life—suicide—because he’s not sure it matters that he’s on the planet,” Heggie says. “That’s operatic. … This man is going to kill himself and leave his family and children. It’s a big story with tremendous resonance.”