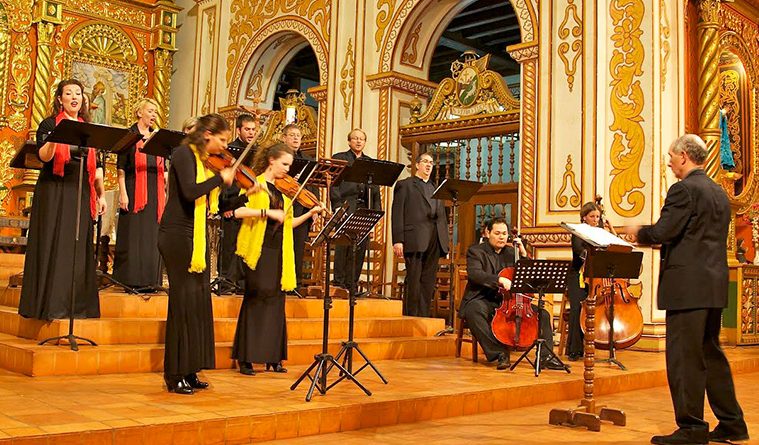 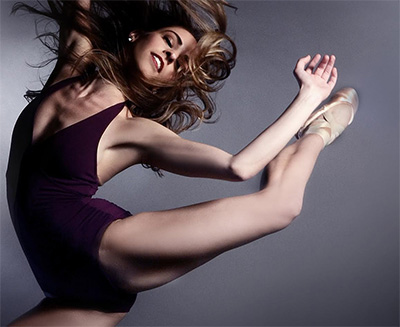 Francisco Courcelle may not rank as a big-name composer. But his Misa Ave Maris Stella, a dramatic chorus-and-orchestra work from 1750, has become a go-to piece for Dallas’ Orchestra of New Spain.

Courcelle’s half-hour setting of the Catholic mass was one of the first gems that Grover Wilkins, the group’s artistic director, unearthed when he began searching for neglected Spanish Baroque works in the 1980s. The ensemble’s debut concert in 1989 featured the mass, and the group recorded it during a 2007 reprise. Wilkins and company now have a new way to made Courcelle’s music come dancing to life.

Dallas’ Avant Chamber Ballet and a San Francisco flamenco company, Son y Tacon, will swing into action when Wilkins’ group performs the mass Feb. 16 and 17 in the Dallas City Performance Hall. Avant’s dancers will perform with the mass itself; Son y Tacon will add flamenco as a counterpoint between sections of Courcelle’s score.

Bringing dancers into the mass, Wilkins says, tips a hat to Los Seises, a Spanish tradition of having six altar boys dance during the feast of Corpus Christi. Wilkins also is drawing on his own vision of what 18th-century worshippers might have experienced inside and outside their churches.

“I can imagine people coming out of the cathedral on a feast day, and going into the streets and going into the bars where there’s flamenco,” Wilkins says. “I thought, ‘What the hell?’ Let’s juxtapose the two onstage. … The Catholic church is nothing if not theatrical. Here’s an opportunity waiting to be grabbed. So I grabbed it.”

Wilkins sees a precedent in orchestras and choral groups that create staged, quasi-operatic performances of Bach’s St. Matthew Passion, Handel’s Messiah and other sacred works. For Orchestra of New Spain’s performances, Son y Tacon director Danica Sena not only will bring her flamenco group, but she’ll create the modern-dance choreography that Avant Chamber Ballet will perform to Courcelle’s mass. In the performances, all of it unfold without a break.

“My idea is that there will not be a pause for applause after movements of the mass. We’ll go right into the street, and the flamenco will perform — go right through and keep it going,” Wilkins says. “Both forms are so dramatic and energetic that I think we can pull the audience along for a good hour.”

The ballet will help point up the qualities that makes Courcelle’s music so compelling, Wilkins says. He points to the beginning of the “Gloria” section, one of the passages that first grabbed him when he discovered the score in a Madrid archive. It begins quietly, with just one voice, one section of the violins and one bass instruments. Every two measures, more voices and instruments enter, building into a ringing song of praise to God’s glory.

“The way it’s orchestrated is like nothing I’ve ever seen. … Mozart and Haydn never did anything like that,” Wilkins says. Throughout the mass, he adds, the vigorous vocal lines and colorful instrumentation give the music boldness and impact — a fine jumping-off point for Sena’s choreography.

“I have an idea that we’re going to reflect that, and that she will do a very good job of showing visually the contrast that we have here among the sizes of the (musical) ensembles, and between the energy and relaxion in the music,” Wilkins says. “The “Gloria” and “Credo” are very dramatic. And I think she’ll be able to bring that out visually.”

Sena will host a preview with her Son y Tacon performers Feb. 11 at the Dallas Institute of Humanities and Culture. And the full performances will add yet another visual element: Paintings by Mexican artist Juan Carlos del Valle will be projected onto a backdrop. Aside from one depiction of pilgrims in a procession, Wilkins says, the images will be more abstract, such as clouds and sun.

When it comes to crossing boundaries, Courcelle’s own life ties in with the theme. He was was born of French parents in Italy, where his father taught dance in royal courts. After launching his career in Italy, also in royal courts, Courcelle moved to Spain, where he supplied music to court chapels and theaters for 40 years.

The Orchestra of New Spain will return to Courcelle next season, when it stages his opera Achille in Sciro, devoted to the mythical hero Achilles. The group has already showcased a few of the work’s arias, which are “spectacular tours de force,” Wilkins says. He never tires of searching through libraries for unjustly neglected Spanish music.

“You go from one piece to another, and you’re constantly finding interesting music,” Wilkins says. “You hear how it can go. … You take it to rehearsal, and the orchestra and chorus are flabbergasted. You put it on the stage, and the audience is very appreciative, even if it’s not huge. You are exploring what made one of the great world cultures so famous.”