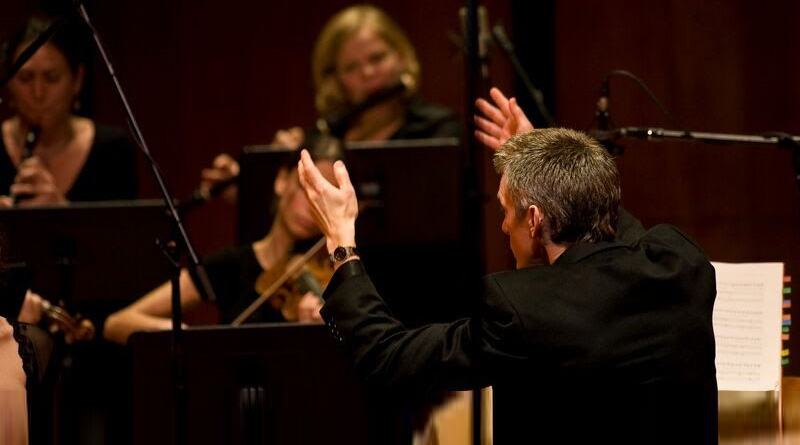 Old Yet New: Ars Lyrica’s Fresh Take on Vivaldi and Next Season’s News

Maybe you’ve heard Antonio Vivaldi’s The Four Seasons umpteen times. Nevertheless, Ars Lyrica wants to show you the Baroque warhorse in a fresh light. So the group will jettison the solo violin when it performs “Summer” in its season finale June 3. Kathryn Montoya will play the flashy and descriptive solos on the sopranino recorder — the highest and brightest member of the recorder family.

“It adds a certain piquancy, to be sure,” says Matthew Dirst, Ars Lyrica’s founder and artistic director. “The first and last movements soar into the stratosphere. For the violin, they’re in high positions all the way through. For the sopranino recorder, that’s just natural territory. So the music fits the recorder almost better than it does the violin.”

Spotlighting the old-yet-new is one of Ars Lyrica’s specialties, and the June program also will broaden listeners’ view of the Bach dynasty. Dirst and company will dig into rarely played works by two of J.S.’s sons: the Harpsichord Concerto in D major by Wilhelm Friedemann, with Dirst as soloist, and the Symphony in E-flat Major by Carl Phillipp Emanuel. In both works, the brothers turn their backs on their father’s intricate style and create simpler, more mercurial music. The concerto is “more of a whimsical piece,” Dirst says. “So, in a sense, it’s more fun than Papa Bach’s music.”

Next season will bring another member of the Bach brood. In Pygmalion, Johann Christoph Friedrich Bach recounts the ancient legend of the statue brought to life by love — just one of the stories Ars Lyrica will tell during a season titled “Fables and Follies.” The protagonists will range from Don Quixote to a woman traumatized by lost love to a Biblical warrior who almost has to pay a horrific price for victory in battle.

The warrior is the title character of Jephtha, George Frideric Handel’s last oratorio. Before confronting an oppressor’s army, Jephtha promises God that if he wins, he will return home and sacrifice the first thing he sees emerging from his house. It turns out to be Jephtha’s beloved daughter, and his turmoil pours out in some of Handel’s most poignant music. The chorus expands on the father’s despair in a lament about human hardships — “How dark, O Lord, are thy decrees, all hid from mortal sight” — whose imagery may have struck Handel personally. His vision was failing, and his manuscript at that point bears the inscription: “Reached here on 13 February 1751, unable to go on owing to weakening of the sight of my left eye.” He recovered enough to get back to work, though, and Jephtha comes to a happy ending.

The season will open on a cheery note, with a semi-staged performance of Marc-Antoine Charpentier’s chamber opera Les Plaisirs de Versailles — The Pleasures of Versailles. A handful of the palace’s habitues banter about its attractions, “primary among which are wine and chocolate,” Dirst says. “It’s very much on the order of (Charpentier’s) Les Arts Florissants, which we did last year. It’s mainly a conversation between two female characters, La Conversation and La Musique. I’ll let you guess who wins.”

Soprano Lauren Snouffer, who played the rebellious daughter in J.S. Bach’s “Coffee” Cantata in Ars Lyrica’s 2014 staging, will return in “Scalable Heights,” a night of vocal and instrumental fireworks. She’ll pick up on the storytelling theme as the suffering heroine of Alessandro Scarlatti’s Su le sponde del Tebro, “a dramatic cantata about love and despair,” Dirst says. “That’s typical fodder for 17th and 18th century solo cantatas. But there’s rejoicing at the end, with the trumpet blaring.” Snouffer and trumpeter Nathaniel Mayfield will cap off the concert with Bach’s festive Cantata No. 51, Jauchzet Gott in allen Landen.

In “Don Quixote’s Excellent Adventures,” Ars Lyrica will conjure up three incarnations of the delusional knight — by England’s Henry Purcell, France’s Joseph Bodin de Boismortier and Germany’s Georg Philipp Telemann. “Telemann was a great writer of comedies — both the instrumental and vocal kind,” Dirst says, and the Don Quixote suite “presents the title character in an interesting light. You get a real sense not only of his wanderings, but of the comedy that results. The thrusting at windmills is writ large — with very forceful musical gestures.”

The supernatural side of Pygmalion sets the tone for “Classical Spectres.” J.C.F. Bach’s cantata “is full of rather weird effects,” Dirst says. “I think it’s a sensational piece. It will be fun to explore it with (baritone) Thomas Meglioranza, who is a great singer in this repertoire.” Ars Lyrica will make a rare foray into the 19th century for the “Ghost” Trio, marking the group’s first performance of Beethoven. For good measure, Dirst and Meglioranza will add Beethoven’s song cycle An die ferne Geliebte.