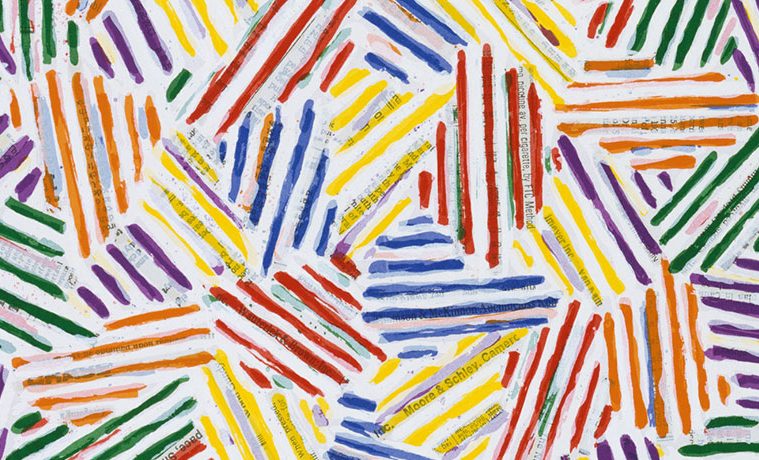 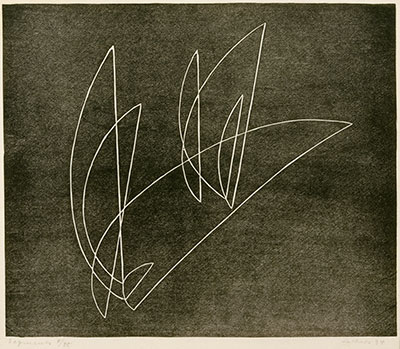 Understanding the Nature of the Line

A line can be many things. In its most basic form, it is a long, thin shape, but this seemingly simple explanation can easily be complicated by contours, space, and decoration. Currently on view at the Museum of Fine Arts, Houston, Line: Making the Mark attempts to show how the line moved beyond being part of a subject to becoming a subject itself for visual artists. In presenting work from a wide range of artists who explore the use of the line, viewers are presented with the opportunity to redefine how they see this form that has endless potential.

The line is intrinsic to all of the visual arts. From drawing and design to pure performance, the line pervades our world, and yet does not exist in nature. The line is unnatural. You experience the line when you see cracks, edges, and strands, but the line as we understand it in visual art is a concept; it’s artificial, a device we have learned to interpret as representative of something.

A line is also a tool used to communicate. Artists use lines to define an object, disrupt isolation, and divide space. Some artists, such as, León Ferrari, examine the relationship between lines and words. In Cuadros escritos (Written Paintings) and Dibujos escritos (Written drawings), Ferrari’s lines flow like waves, curvaceous and complex, across the paper as he communicates a new kind of message to the viewer.

Ferrari wrote of his experiments, “I draw silent handwritten words, which tell things, with lines that recall voices. And I write drawings that recite memories that words cannot say.”

Mark Tobey’s Sumi Drawings explore a similar concept, making use of calligraphic techniques to explore how lines help us to communicate. The artist’s thick brush-marks and splatters also suggest the idea that calligraphy made an art form of words. He once commented on his work saying, “The calligraphic impulse has opened out new horizons for my work. Now I could paint the turmoil and the tumult of the great cities, the intertwining of the lights, and the streams of people caught up in the mesh of their lives.”

Lines can tell a story.

Gertrud Goldschmidt, more commonly known as Gego, devoted much of her art to the line. Her drawings and prints explicated the impact of the line in both two- and three-dimensional works. Through her art she discovered the charm of the line as a subject as well as the ways in which it influences space.

In Gego’s Sin título (Untitled), a monotype, textured ink forms force the viewer’s attention towards a vertical slit formed in the delicate Japanese paper by the absence of a figure. Lines can be either additive or subtractive.

A line is one of the most basic elements in visual art yet Line: Making the Mark presents the line as a complex tool with multifarious uses. While objects stand still, a line denotes movement. Where other shapes close, a line allows progress.

Line: Making the Mark
The Museum of Fine Arts, Houston
Through Mar. 22.