The Visual Manifesto of Mark Bradford at The Modern 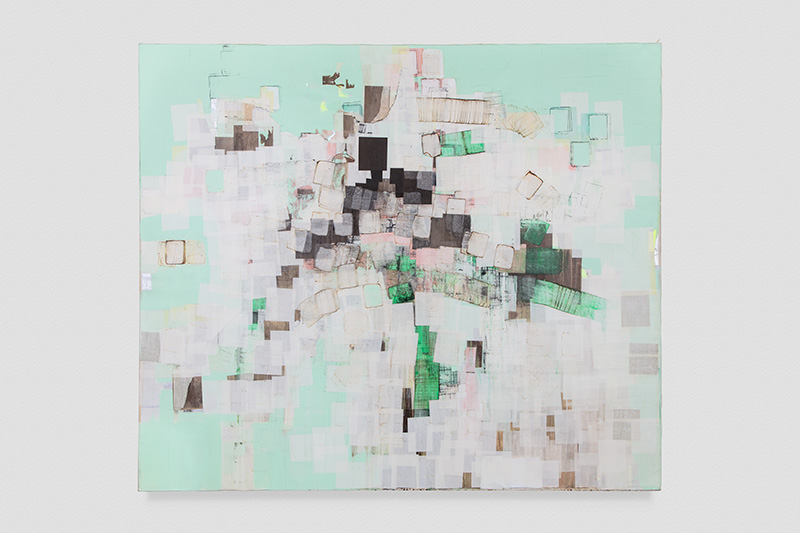 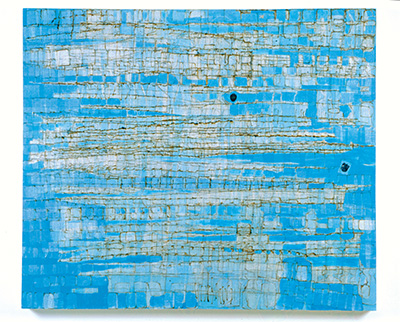 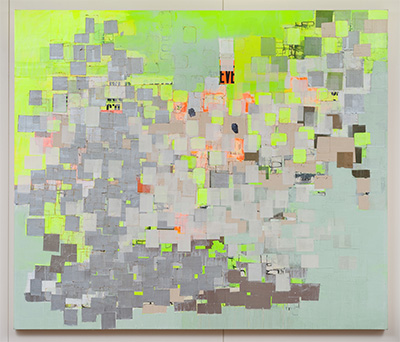 The set of early works quickly transform into multi layered, colorful explorations of his community and native Los Angeles. Some look like maps, and others like landscapes, and his identity as an artist becomes more sophisticated. He draws from Google Maps, as he did  in 20 minutes from any bus stop (2002). The collage resembles a neighborhood’s demographic breakdown from a bird’s eye view, with light green sweeping the canvas’s top and a worn-looking off-white dominating the eastern half and a portion of the west, with black and orange scattered throughout. Los Moscos (2004), is similarly themed. The largest work in the show is made from strips of paper and other found items near his studio in Los Angeles. 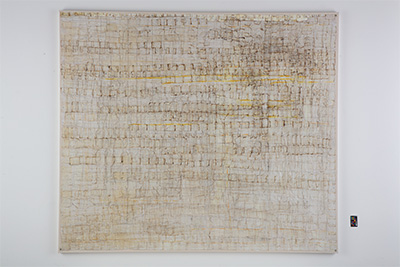