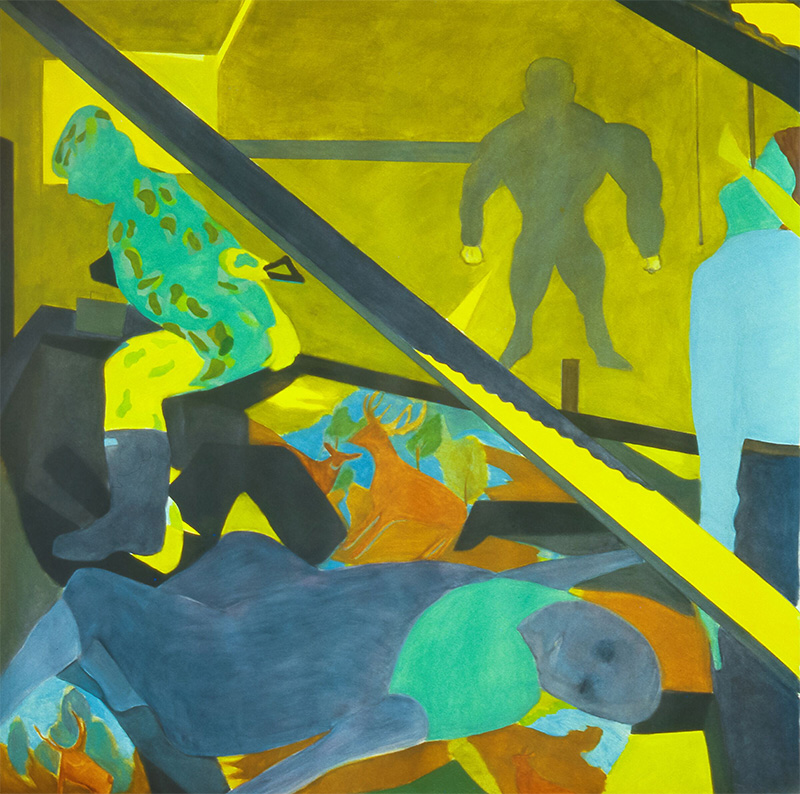 Every once in a while, an artist steals our attention and shakes, shocks, or stuns us into awareness. Colombian artist Beatriz González also graciously opens our minds in the process, exposing the world to us in ways we may not have considered.

Comprised of more than 100 artworks, Beatriz González: A Retrospective is the first large-scale U.S. exhibition dedicated to González and her work. Co-curated by Mari Carmen Ramírez, the Wortham Curator of Latin American Art and Director of the International Center for the Arts of the Americas at the Museum of Fine Arts, Houston, and Tobias Ostrander, former chief curator of the Pérez Art Museum Miami, the show features works from the early 1960s through the present, on view at the Museum of Fine Arts, Houston Oct. 27 through Jan. 20, 2020.

The selected works are from the artist’s personal collection as well as from collections in Colombia, Europe, and the United States. The show arrives at the MFAH following its premiere earlier this year at the Pérez.

“González has been very much present at MFAH since 2004 when her work was included in Inverted Utopias,” Ramírez says, which brought together more than 200 works by 67 artists from Argentina, Brazil, Chile, Colombia, Cuba, Mexico, Puerto Rico, Uruguay, and Venezuela. From that exhibition, the MFAH acquired two key pieces by González: Gratia plena (tocador), a dressing table with an image of Raphael, and Mutis por el foro (cama), a bed that shows the death of Simón Bolivar, both of which have been shown several times at the museum.

Ramírez explains that González, an internationally celebrated artist, is one of the few remaining from the “radical women” generation of Latin America. Born in 1938 and living in Bogota, Columbia, the artist’s groundbreaking production spans more than 60 years.

Why groundbreaking? Because González stood out from her contemporaries as one of the first painters in Colombia to use images from the mass media as inspirational material for her work, connecting her formal training (fine art and architecture) with common narratives.

The images González incorporated were part of people’s everyday lives, for example calendars and posters, pictures from the press of domestic violence and murders, gossip columns, and advertisements from local newspapers. These images became charged in newly powerful ways when the artist re-presented them on a form of support such as a bed, curtain, or dresser.

And the work is extraordinary, highlighting the artist’s skilled use of color, irony, and scale. Works on exhibit range from two-dimensional paintings, drawings, silkscreen prints, and curtains, to three-dimensional recycled furniture (beds, cribs, tables, armoires) and everyday objects (trays, TVs, cigar boxes). Her interests were based in the relationship between the images and captions, as well as the occurrence of minor printing defects. By remaking images, González unsettles them in context and effect. 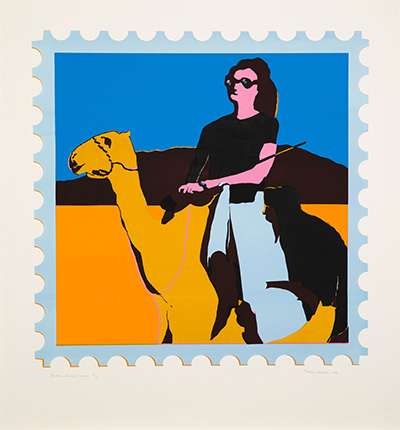 Often couched within the Pop Art movement, González has been quick to point out that she does not (then or now) consider herself a Pop artist. In one of Tate Modern’s online artist interviews, from 2015, she states that “pop was part of a discourse happening abroad,” explaining that it was not the appropriate “label” or “vision” for her work.

The distinction is important, if not essential, as Western European and U.S. movements are often used to (inaccurately) contextualize the work of international artists. Pop Art was rooted in the rampant consumerism in the U.S., conditions which were not present in Columbia during Gonzalez’s artistic development. The artist’s work gained critical attention in the 1940s and ’50s during a time of social and political upheaval known as La Violencia (the violence) in Columbia. As her work became politicized, she never abandoned her rich color palette, seducing the viewer then confronting them with the harsh reality of images of war and loss.

Most audiences in the U.S. are unfamiliar with her work, though wherever she and her works go, they attract large crowds. “Beatriz González is not so well known in the U.S. So [the Museum of Fine Arts, Houston] decided to present a retrospective, in collaboration with the Perez Art Museum in Miami,” says Ramírez. “This is the first collaboration between the two institutions.”