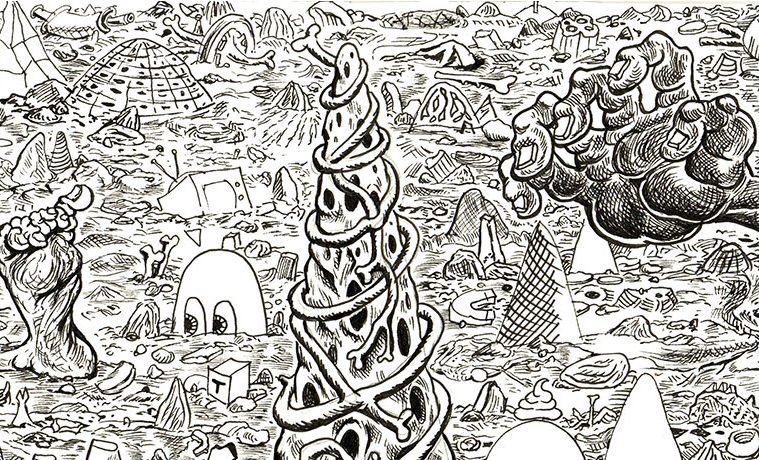 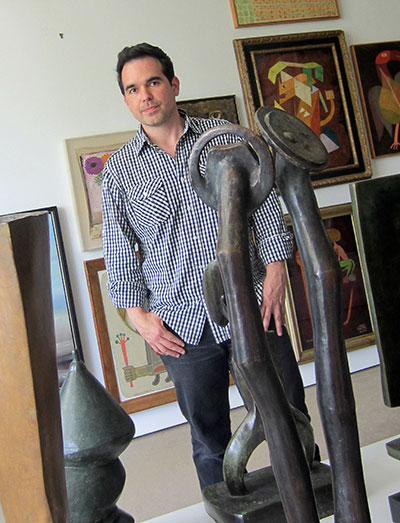 Dario Robleto visited the Menil Collection’s treasure rooms to find works to juxtapose with his own for his upcoming exhibition, The Boundary of Life is Quietly Crossed. Photo: Devon Britt-Darby.

A few of our favorite things in 2014 Houston visual arts

Here in the land of “why fix up that old building when we could put up something new with granite countertops?” affectionately known as Houston, Texas, we don’t spend much time basking in the sepia-tinted past.  But this season is known for it’s nostalgia, so maybe fellow Bayou City-ers might like to take a moment to relish the recent past, specifically the quickly waning year known as 2014.  After all, we may not enjoy “history” as such, but we Houstonians aren’t quick to turn down a little self-congratulation, especially as far as our much-touted art scene goes. The following is a sort of “greatest hits” of 2014, a compilation of exhibitions, events and more that defined this year in the visual arts. They’re in rough chronological order, no particular hierarchy, just a brief look back at those things that moved us.

I don’t often walk out of an art show with my heart beating faster, but this five-year-in-the-making installation by the duo was exhilarating.  They hit all the primal notes starting with a dark room and a thumping drum, followed by a non-linear, noir-lit narrative in real time, all with the press of a little red button.  The most uncanny thing about this installation was that all the wires and guts were right there in plain sight, yet it took nearly the entire 20 minute viewing time to understand what you were seeing.

The Menil gets two mentions here for very different exhibitions, but it’s important to list them together for what they collectively say about this museum’s mission and where it seems to be headed.  Magritte was the type of blockbuster show that all budding curators dream about, with the museum’s significant collection of the surrealist’s work buttressed by substantial loans from the Tate et al.  Houstonians got to ponder the Treason of Images without suffering an international flight or a museum entry fee.  But Robleto’s show proved the Menil’s interest in younger, Texas-born artists.  His strange and beautiful collection of objects traced the development of the artificial heart and the space race.  The exhibition smudged the art/science line in an intriguing and surprisingly poignant way. 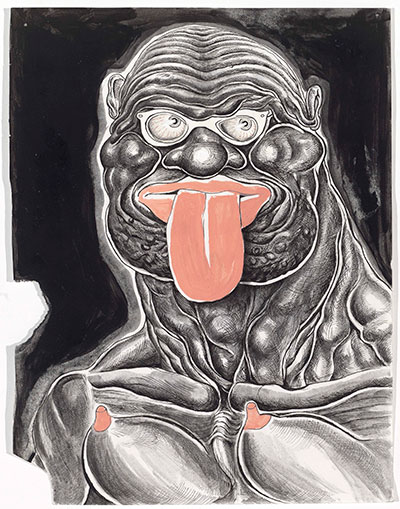 Along the same lines, it’s important to mention the Contemporary Art Museum throwing it’s weight behind Houstonians.  The overwhelming installation of drawings by Trenton Doyle Hancock was a favorite for avid “sketchbookers,” and the more recent Right Here, Right Now both gave coveted museum wall (and floor) space to young, Houston artists.

Houston heavyweights and emerging artists alike were acquired in the Houston airport’s latest collecting spree. Their portable works collection provides visual respite for weary travelers, offering a preview of the area’s wide-ranging talent. Much, much more to come with the impending expansion of Hobby.

The giant of Houston museums had it’s share of big shows this year, including selections from the Prado and a giant plastic Jesus Soto piece that was universally loved by everyone under ten years old. But an exhibition featuring the watercolors of John Singer Sargent was both exhaustive in terms of scope and somehow incredibly fresh and enlightening. The painter’s vacillation between crusty and too-thick watercolor and dazzling passages of airy lightness again proved the necessity of looking at art in person.

Watching the fallout from Ed Wilson’s awarded-then-rescinded George R Brown sculpture commission has been anything but pleasant, but we would be remiss to discuss the year in Houston art without mentioning it.  It seems as though all the dominoes have yet to fall on this one, but what can be agreed is that it has left artists questioning the city’s public art process, and administrators polishing up their PR machines.

The difficulty of distilling a list like this is always what gets left out.  I remember hearing that the art world has “seasons,” as in a “busy” season and an “off” one.  In Houston I haven’t found that to be the case.  Like our seemingly perennial summer, the art world is just as likely to be hot no matter the month.  And that’s why it’s useful to have a look back now and then, to understand ourselves as part of a larger conversation, one that includes this big, fast-moving city, but also the rest of the world, past and present.