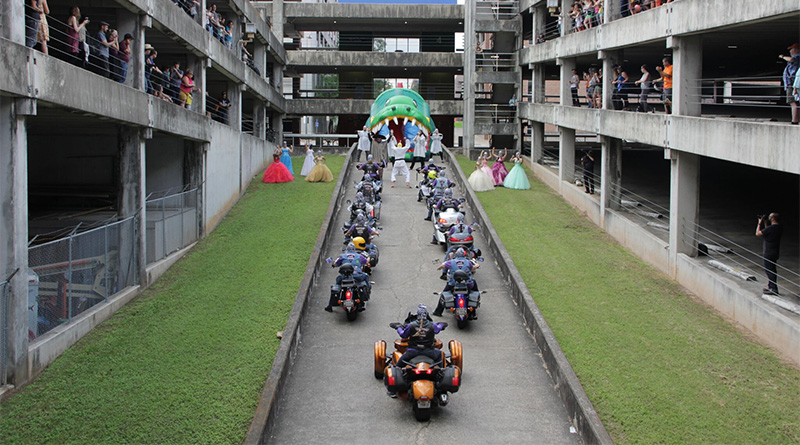 For me, TexFest-ing is an Olympic sport. I may have achieved my personal best crashing through Dance Salad, Fusebox and CounterCurrent in 14 days.  Festivals are intense, and the folks who run these three powerhouse events—Nancy Henderek at Dance Salad, Ron Berry at Fusebox and Karen Farber and Pia Agrawal at CounterCurrent—know this, which is why they pack a wallop in terms of excellent programming stuffed into a small time frame. Just try complaining to Henderek on the length of the Salad program and she will remind you that sports events go on for days!

Dance Salad proved a great opportunity to dive straight into work of Carolyn Carlson with two performances of her homage to Rothko, Black Over Red (at the Menil and the Wortham), and her stunning film Inanna at the MFAH. Carlson, an American choreographer working in Paris, is relatively unknown here, so it’s a great service to the community to see her work again at Dance Salad. To see Marie-Agnès Gillot (Paris Opera Ballet) doing the dancing: even more amazing. It’s not a Salad without Sidi Larbi Cherkaoui, and this year we got to see the great choreographer dance in Fractus V… So fun and sexy.

Then it was off to Fusebox to see David Neumann and his Advanced/Beginner gang in I Understand Everything Better, a moving memory dance/play about his father, dementia and loss.

Beth Gill’s psychologically dense motion poem Catacomb is still circling in my gray matter. Its dreamy, ominous and surreal spell felt like nothing I had ever experienced before. The dancers, along with Gill’s design collaborators Thomas Dunn and Jon Moniaci, were all fantastic.

I don’t see enough shows in parking lots, and as Fusebox proved with Irvin Morazan’s BOOM! BOOM! WHAMMM! SWOOSH, they make one dramatic performance venue. The 20-minute spectacle included the all-female motorcycle club the L.O.W Riders, a cluster of women dressed in vibrantly-hued Quinceañera gowns, a giant bouncy house, Nester Topchy doing martial arts, all clad in a sculptural headdresses tied to Morazan’s indigenous Mayan /mestizo background. Wild, fun and loud. Then many of us paraded en masse over to the Paramount to see Pancho Villa From A Safe Distance, Graham Reynolds’s rousing chamber opera, directed by Shawn Sides, with a libretto by Lagartijas Tiradas Al Sol.

Fusebox chief Berry is all about arts moving outside of their comfy borders, and the best example of that could be found in the hybrid event, Fusebox Community Cafe, an intergenerational research project guided by Jason Phelps and Zell Miller III) and led by local students from Eastside Memorial High School and East Austin College Prep, that combined food (with recipes), health, poetry and art in one space.

My big Fusebox discovery was singer/entertainer/storyteller Joseph Keckler. There was a huge buzz about him at the festival and it seemed just about everyone showed up to see his late night show at El Volta (Fusebox’s after-party performance venue, bar and bowling alley). He’s an opera singer with an edge: funny, subversive, and with a gorgeous voice. Keckler swerved between monologue, songs and short films in his charming and hilarious set. I returned to Houston with my big discovery news to be met with, “Yes, Joseph Keckler is amazing.” It seems that I am the sole discoverer here. Who cares…maybe some of you dear readers need to know about him. Hello there, Texas presenters, let’s bring him back; he’s the missing link in opera.

I had a few festival-free days before CounterCurrent charged into its fourth year with the strongest lineup yet. Organized by the University of Houston Cynthia Woods Mitchell Center for the Arts, CounterCurrent is a hybrid event, or as they label it, “a festival of performance, installation and ideas.” Opening night featured our cover artist Daniel Proietto in motion, along with the amazing Shōji Kojima in Winter Guests’s Simulacrum. I may have gasped a bit during Proietto’s stunning solo, when he traveled through the exact passage portrayed on the cover of our May issue.

A lively mob showed up to see Ten Tiny Dances. Full disclosure: I co-curated the event with Pia Agrawal. Sorry, that’s not going to stop me talking about it. The fabulous Post HTX setting, which was all Agrawal’s doing, resembled a boxing match. Her idea of a huge room contrasted with the tiny stage worked well. I even liked the dark and dinginess of it all. All ten choreographers brought their A-game, but there was no denying the political tone of the work: from Sixto Wagan’s moving tribute to the Pulse nightclub massacre to Courtney D. Jones’s meditation on solitary confinement, to Charles O. Anderson’s confrontational duet from (re)current Unrest, a work slated to premiere at the 2018 Fusebox Festival. Other potent duets included Houston Ballet principal Connor Walsh’s soaring Etude 1 (with Megumi Takeda), Amber Ortega-Perez and Charles Perez’s clever and funny SkinTexual, and Erica Gionfriddo’s captivating Spelunking (with Judd Farris). Alisa Mittin’s sensual swagger made for a sharp contrast with Roxanne Claire’s folksy and exquisitely plain Planted, while Chadi El-Khory held the room transfixed in Joshua L. Peugh’s solo, as did Elijah Gutierrez, is his raw and robust performance in John Beasant III’s NoExit.

TexFest-ing is an extreme sport for sure, but well worth the instant communities formed in these jam- packed art going days. Apparently, we do festivals well!