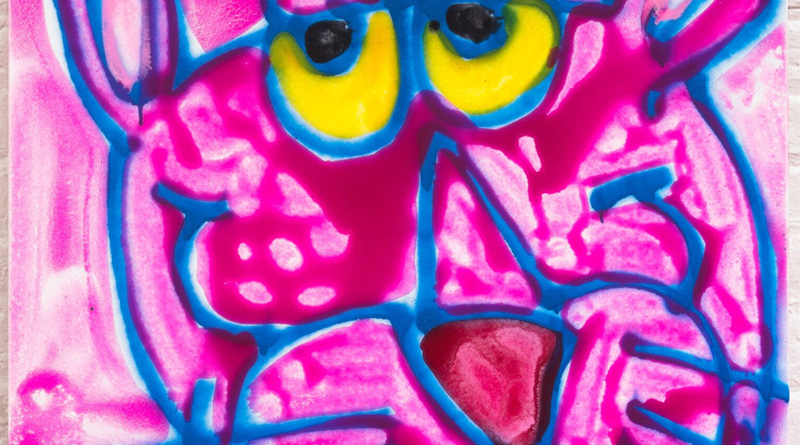 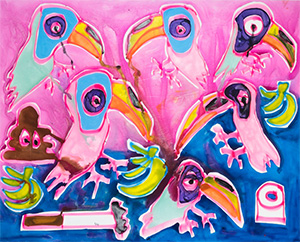 #10:  Katherine Bernhardt at The Modern 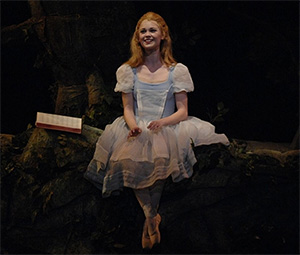 AUSTIN—Texas can boast two Alice in Wonderland ballets this month with Ballet Austin  performing Septime Webre’s acclaimed storyballet Alice in Wonderland, May 12-14 at The Long Center, and Texas Ballet Theater performing Ben Stevenson’s treasured Alice, May 19-21 at Bass Performance Hall in Fort Worth, and June 2-4 at Winspear Opera House in Dallas.

more about Alice on A+C TX 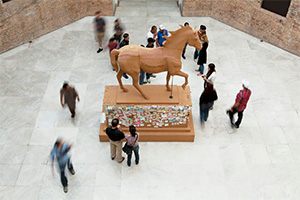 HOUSTON—Atlas, Plural, Monumental, an exhibition at CAMH thanks to the museum’s curator Dean Daderko, is a midcareer retrospective of the artist Paul Ramírez Jonas, known for his public art, sculpture, social practice projects. Whether anonymous or participatory artworks, the artist consistently reminds us that when we say ‘public,’ we mean actual people. The show is on view through Aug. 6. 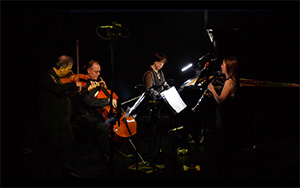 SAN ANTONIO—SOLI Chamber Ensemble closes their season with Under the Ligurian Sun Part II, with works by Dan Visconti, Pierre Jalbert, and a world premiere by Uruguay native Miguel del Águila, May 15 at Jazz TX in the Pearl District and May 16 at Ruth Taylor Recital Hall, Trinity University. After the show, SOLI heads off to Europe for their first international tour.

more about the SOLI Chamber Ensemble on A+C TX 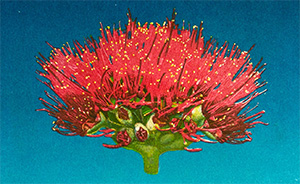 HOUSTON—PrintHouston 2017 is an array of exhibitions and events highlighting a range of traditional and experimental techniques,  accompanied by receptions, artist talks, readings or other programming. The festivities begin in May and run through August at various venues.

more about PrintHouston on A+C TX 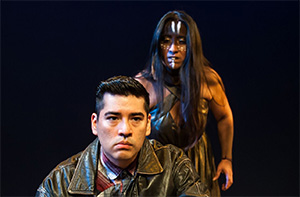 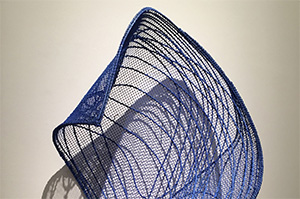 HOUSTON—Anya Tish Gallery is helping Houston’s legendary HJ Bott celebrate 70 years of artmaking, including his signature DoV module system, with the exhibition Thick and Thin and Back Again on view through May 27. 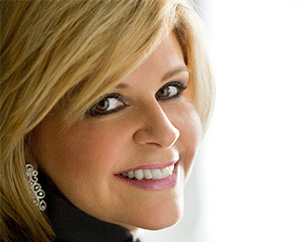 SAN ANTONIO—San Antonio Symphony presents Susan Graham: an American in Paris in a program that features the Grammy Award-winning mezzo soprano in Berlioz’s La mort de Cléopâtre (The Death of Cleopatra), along with selections from French operetta and American musical theater, May 12-13 at  H-E-B Performance Hall at The Tobin Center.

more about the San Antonio Symphony on A+C TX 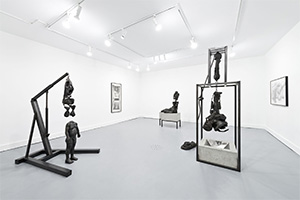 #2:  Lionel Maunz at The Contemporary Austin

AUSTIN— Artist Lionel Maunz asks viewers to consider the destruction and psychological violence of familial relationships, religion, and childhood as portrayed by his arguably beautiful dystopian figurative sculptures. His exhibition Discovery of Honey / Work of the Family is on view through May 14 at The Contemporary Austin. 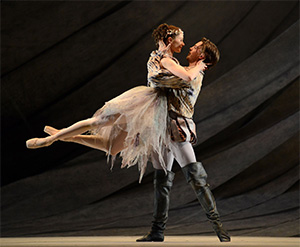 #1:  The Tempest at Houston Ballet

HOUSTON—Judging from the number of Bard ballets out there it’s safe to say that Shakespeare’s poetry translates well to dance. Fans will get a chance to find out for themselves when Houston Ballet presents David Bintley’s The Tempest, in a co-production with Birmingham Royal Ballet, featuring a commissioned score by British composer Sally Beamish and designs by Rae Smith (War Horse), May 25-June 4 at  the Wortham Center.